History can be brutally boring as well as equally interesting, all depends on prospective. But did you know that some of the most important and disastrous events in human history were outcomes of unimaginably small mistakes and sometimes accidents?

10. Hiroshima & Nagasaki Were Bombed Due to A Misunderstood Word 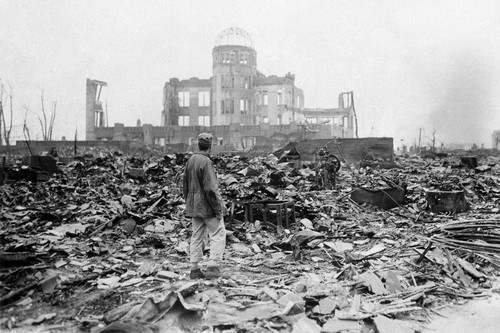 When reporters asked Japanese premier “Kantaro Suzuki” about Potsdam declaration for unconditional surrender during World war II, he replied with a word “Mokusatsu”, that probably meant “no comments “. But the word have multiple meanings and some people translated it to “we are ignoring the declaration “. This is how it was reported to America and about 10 days later bombs were dropped.

9. A meteor Is Responsible For The Spread Of Christianity 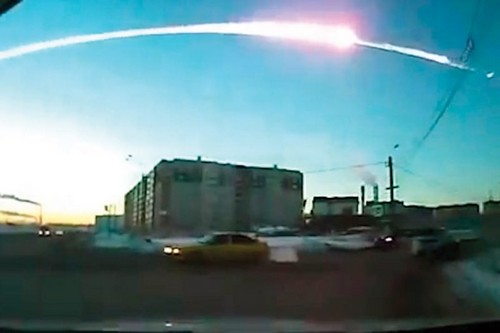 A Roman emperor named Constantine who ruled from 306 to 337 AD, was a significant figure in the history of Christianity, as he was the first person to claim conversion to Christianity in Roman empire. He also played an influential role for enabling tolerance of Christianity in that empire, which is one of the most important factor in spread of that religion.

However, he became Christian after observing a cross in the sky made out of light, while he was in a battle.

He claimed to have seen a message of God guiding him in the battle. But today’s geologists believe that he might actually saw a meteor, which created an illusion of cross, and probably his wishful thinking convinced him that it was apparently a message of God.

8. One Key Could Save Titanic 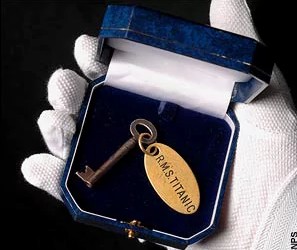 The crew of Titanic wasn’t using binoculars that could help them to spot the iceberg and get out of the way, soon enough to avoid the disaster.

Apparently, David Blair was given the job of second officer on the ship, but he was replaced, and when he left, he accidentally kept the keys to his locker with him, that believed to contain binoculars intended to be used by the crew’s nest lookout.

As you might have guessed by now, that key is extremely valuable in today’s time, because the key could have saved Titanic from sinking and hundreds of people from dying. The key was auctioned and a Chinese man bought it for £90,000. 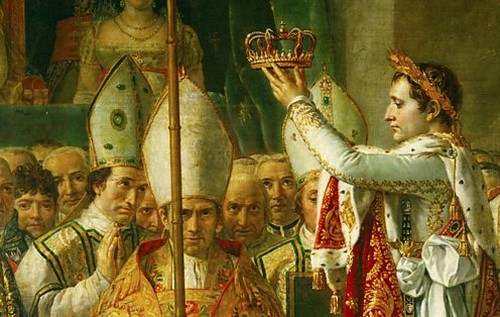 Napoleon was a French military and political leader, who rose to prominence during French revolution, and led several successful campaigns. Due to his remarkable achievements, courageous personality and invincible influence on the world, he remains to be one of the most celebrated and controversial figure in human history.

But all of it wouldn’t have happened if he wasn’t French, and according to historians he almost wasn’t. The island he belonged to, only became French island 3 months prior to Napoleon’s birth.

6. There Was Almost No East India Company 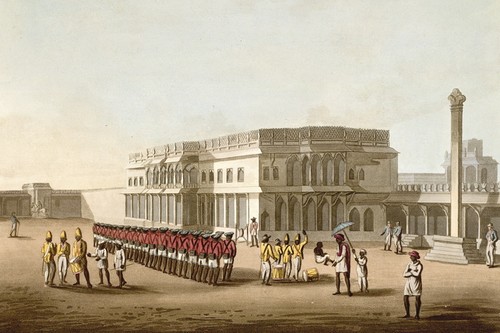 Robert Clive, a Governor general of Bengal in East India Company, was one of few people responsible for establishment of the East India company. He led battle against the French forces and came out with the victory, that later proved to be the most important victory for the company.

Now, this isn’t confirmed, but some historians believe that Robert Clive tried to commit suicide when he was 19 years old, but failed, and went on to become one of the most prominent figure in the company. 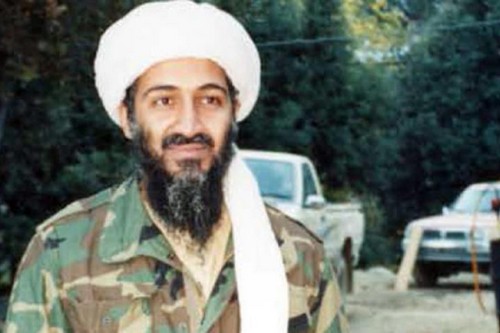 Bill Clinton the former president of U.S.A once had an option to kill Osama bin laden in 1998. But he decided not to kill him, to save 300 innocent civilians, that would also have died during the attack.

About 3 years later Osama bin Ladin plotted 9/11 and killed about 2,996 people, injured more than 6,000 others, and caused at least $10 billion worth of property and infrastructure damage.

However, we can’t blame Bill Clinton for it because he made a perfect decision at his time, saving 300 innocent people instead of killing one jihadist must have felt more fair. Osama bin ladin actually died in 2011.

4. Safety Glass Was Invented By An Accident 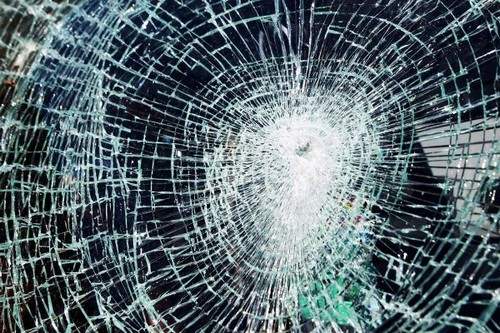 If you’re unfortunate enough to get in a car accident while you’re driving, you’ll certainly have one odd working in your favour, your windshield.

Windshield is made out of safety glass which is less likely to break and shatter into pieces to pose threat to your eyes.

Safety glass was actually discovered in 1903 due to an accident. When a French scientist Édouard Bénédictus dropped a glass flask contained with plastic cellulose and nitrate, and it didn’t shatter. Later several tweaks gave us a perfect glass for our windshields.

3. Largest Wildfire In California History Was A Mistake of Lost Man 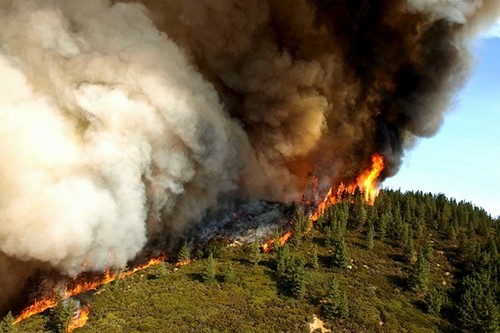 In 2003, the largest wildfire in the history of California known as Cedar fire burned down a large area of land in San Diego county, it has estimated to have burned 3,200 kilometer square, caused $27 million worth of property damage and killed about 15 people.

The fire was actually caused by an hunter named Sergio Martinez, who got lost while hunting. He lit the fire to signal rescuers but unusual environmental conditions boosted the fire to a large scale disaster.

2. Penicillin was discovered by an accident 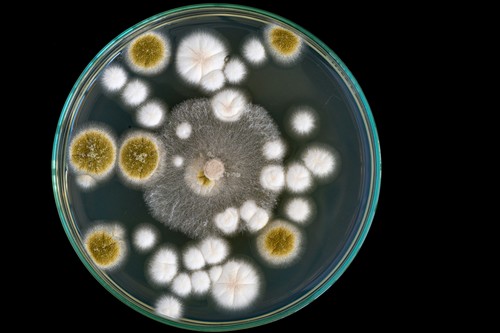 Penicillin antibiotics were among the first and most important antibiotics to be effectively work against bacterial infections. However, the story of its discovery is also quite fascinating. Apparently a Scottish scientist named Alexander Fleming was experimenting with staphylococcus, but he went on a vacation lasted for two weeks. Interestingly he left staphylococcus in a Petri dish. When he returned, he witnessed one of the most astonishing event in the history of medicine.

He saw that staphylococcus was contaminated with blue green mould from an open window, more importantly bacteria were unable to grow anywhere near the mould.

1. Hitler Was About To Be A Painter 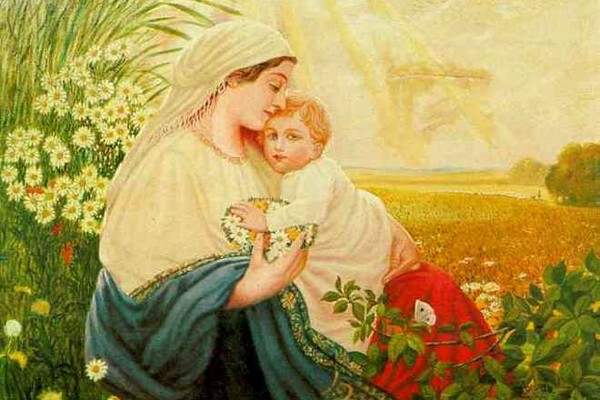 Adolf Hitler the leader of Nazi party, lone man responsible for World War II (deadliest war in human history), Holocaust at unbelievably massive scale and also for many other destruction’s world war caused. It’s hard to believe, but Hitler wanted to be a painter at his young age.

He applied to academy of fine arts Vienna for drawing classes, when he was 18 years old but got rejected, but he didn’t gave up and applied again one year later. Again he got rejected and didn’t become an artist. What he became eventually is an ugly history.

10 Secret Societies That Shaped Our World

Women Heroes of WWII: 10 Ladies Who Changed The Game

The 10 Great Warrior Women Who Made Their Mark On History

The 10 Protest Movements that Shook Britain

10 shortest wars in history that had a devastating human cost