Often when we sit with a novel on our lap thinking about the miserable lives we lead, reading the first line can, in an instant lift up our spirits and lit the candle of hope. Of course things can happen the other way round as well! None-the-less, we agree that a powerful opening line has the power to impact our lives. Here are 10 such powerful opening lines I’ve come across: 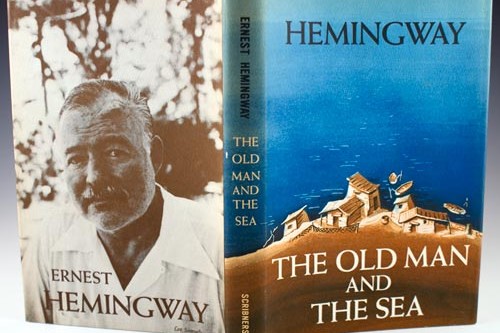 10. “He was an old man who fished alone in a skiff in the Gulf Stream and he had gone eighty-four days now without taking a fish.”- The Old Man And The Sea by Ernest Hemingway

About the author: Hemingway had lived life to the fullest. Being a journalist he went about places and wrote short stories and novels based of his experiences. He was quiet the adventure freak and had an influential public image. He was awarded the Pulitzer Prize for fiction in 1953 and the Nobel Prize in Literature in 1954. 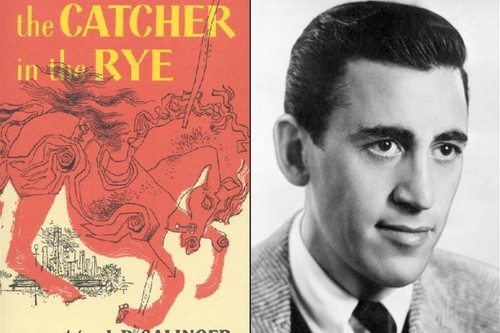 9. “If you really want to hear about it, the first thing you’ll probably want to know is where I was born, and what my lousy childhood was like, and how my parents were occupied and all before they had me, and all that David Copperfield kind of crap, but I don’t feel like going into it, if you want to know the truth.”- The Catcher In The Rye by J. D. Salinger

About the author: Salinger became a recluse as soon as fame touched his feet. His controversial and universally acclaimed novel depicting adolescent alienation and loss of innocence made him a star overnight. Salinger died in 2010 and has instructed in his will that a few of his stories (one of them is speculated to be a prequel of The Catcher in the Rye) are to be published 50 years after his death. 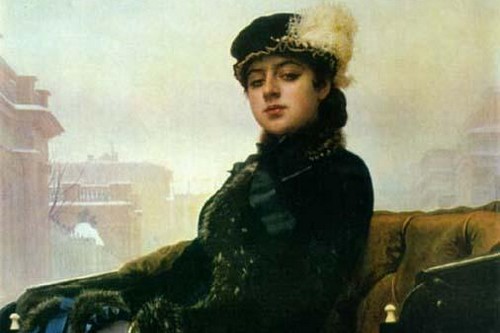 8. “Happy families are all alike; every unhappy family is unhappy in its own way.”- Anna Karenina by Leo Tolstoy

About the author:  A master of ‘realistic fiction’, Tolstoy was a Russian writer, philosopher and political thinker. His ideas on non-violent resistance had had profound impact on significant twentieth century leaders namely Mohandas Gandhi, Martin Luther King Jr., and James Bevel. Like his followers, Tolstoy was also had extreme moralistic and aesthetic view of life. 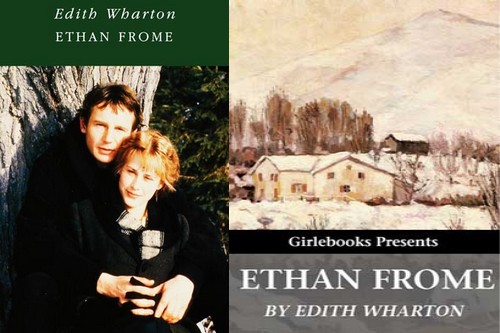 7. “I had the story, bit by bit, from various people, and, as generally happens in such cases, each time it was a different story.”- Ethan Frome by Edith Wharton

About the author: In 1921, Wharton became the first woman to have been awarded with the Pulitzer Prize for Literature. She was successful designer, an avid traveller, a social creature having acquaintance with prominent literary as well as public figures. During World War I, her philanthropic efforts and commitment for the common people was recognised by naming her as a ‘Chevalier of the Legion of Honour’ in 1916. 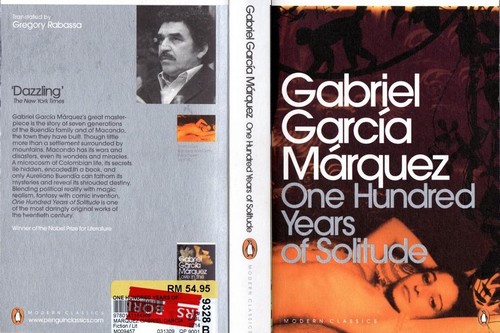 6. “Many years later, as he faced the firing squad, Colonel Aureliano Buendía was to remember that distant afternoon when his father took him to discover ice.”- One Hundred Years Of Solitude by Gabriel García Márquez

About the author: Gabo was a Columbian novelist, short-story writer, screenwriter and journalist. Since the start of his career Gabo’s work has been commercially and critically well acclaimed. His notable literary style was ‘magic realism’ that uses magical elements and events in otherwise realistic and ordinary situation. In 1982, he was awarded the Nobel Prize in Literature. 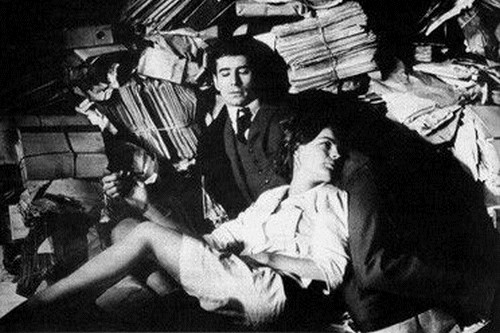 5.  “Someone must have slandered Josef K., for one morning, without having done anything truly wrong, he was arrested.”- The Trial by Franz Kafka

About the author: He was a German languagewriter who’s work got into the world only after he had died. During his life-time Kafka was stuck in, what he called his ‘Brotberuf’ i.e. literally ‘bread job’ referring to his work as an insurance officer. Being aware of his calling, he wrote short stories during his spare times. After his death he had asked his friend Max Brod to destroy his writings, a wish that Brod decided to ignore. 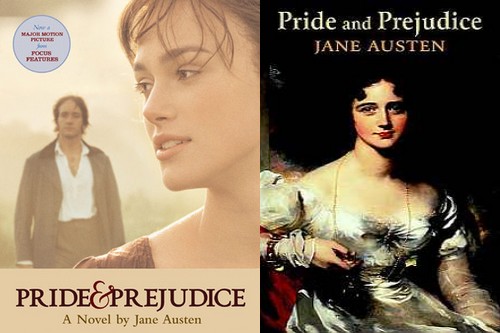 4. “It is a truth universally acknowledged, that a single man in possession of a good fortune, must be in want of a wife.” – Pride And Prejudice by Jane Austen

About the author: Over the years, Jane Austen has emerged as a global phenomenon. The English novelist practically rules the world of ‘romance fiction’, and her observance of life (sprinkled with her witty humour) among the landed gentry of her time has earned her as one of the most widely read writer in English Literature. 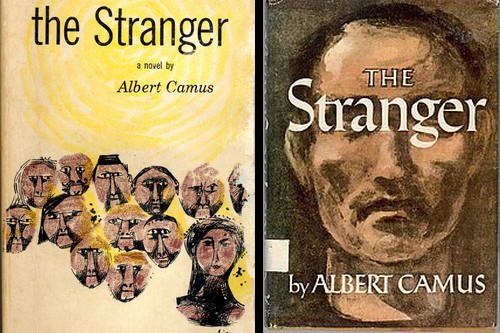 About the author: Albert Camus died young, at the age of 40. He was a French-Algerian author, journalist and philosopher and was awarded Nobel Prize for Literature in 1956. His views advocated the philosophy of ‘absurdism’. Although he was a strong opposer of ‘nihilism’ but often delved deep into individual and sexual freedom. 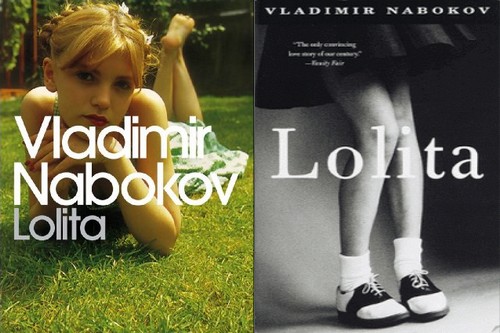 2. “Lolita, light of my life, fire of my loins.” – Lolita By Vladimir Nabokov

About the author: Nabokov was a Russian-American writer whose first nine novels were in Russian but later he rose to prominence as a writer in English prose. ‘Lolita’, his masterpiece is considered one of the finest work in English language and had ranked fourth in the list of ‘Morden Library 100 Best Novels’. 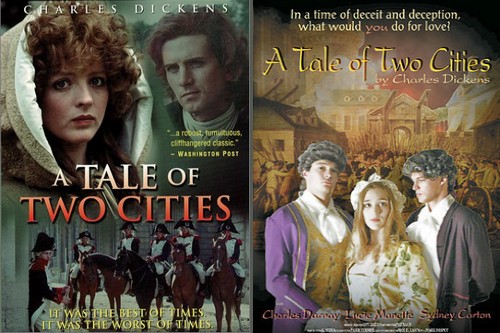 About the author: Following his father’s imprisonment, little Charles had to leave school and work in a factory. Later he became the most celebrated author of his time.

Admired as the greatest writer of the Victorian period, Dickens was more than just an author; he was a social critic. He advocated children’s right and education and was a vigorous activists campaigning of various social reform.

You may also like; 10 lurid books that were published after the author’s death: 10 widely read children books, the 10 most successful authors, and 10 most controversial books ever published.