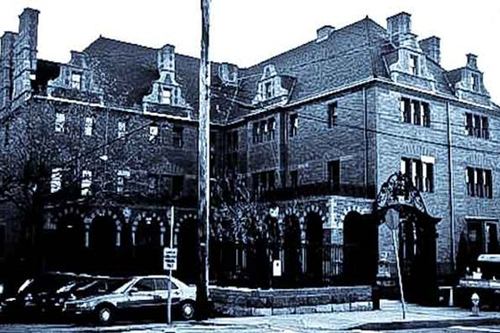 Constructed in 1898 by Alexander Byers, the site of the former Byers-Lyons mansion is located on the same avenue as the Congelier mansion. The location is now Byers Hall, which serves as a student union building and administrative office for the Community College of Allegheny County.

Many have sighted the Lyons’ daughter. Some have even heard the nanny’s sobbing or the loud thud of the girl’s body hitting the ground. Others have seen an apparition of the nanny roaming the building’s staircase. In 1990, the Community College of Allegheny County removed the building’s skylight but paranormal encounters continued. 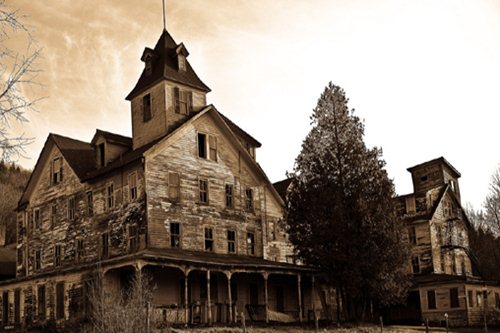 Also on Pittsburgh’s north side in the quiet residential neighborhood of Manchester is 1129 Ridge Avenue, the former site of the Congelier Mansion, a site whose veracity of paranormal occurrences is often debated. Those who believe paranormal events occurred at the site have gone so far as to refer to the former mansion as “the house that hell built.”

Allegedly, Charles W. Congelier, a carpetbagger, constructed the mansion. In 1871, Congelier’s wife, Lyda, is claimed to have discovered that her husband and the family’s maid were having an affair. Congelier’s wife stabbed Congelier to death and decapitated the maid. Railroad workers are said to have been driven out of the house by ghostly screams. Later, a Dr. Adolph C. Brunrichter is claimed to have performed experiments at the location on the severed heads of young women. In 1920, Thomas Edison announced his plans to invent a machine to communicate with the dead upon visiting the address.

In 1927, one of Congelier’s heirs is claimed to have inherited the house. Ultimately, on November 14, 1927, the house is reported to have mysteriously exploded. While the story is remarkably eerie, the real tale is likely a combination of fact and fiction. Various parts to the story are pure fiction: (1) no records exist of Charles W. Congelier or his wife, (2) no records of the 1871 murders exist, (3) the house at the location was not a mansion but a simple row house, (4) no records exist of Dr. Adolph C. Brunrichter, (5) no record exists that Edison ever visited the residence, and (5) while the explosion of gas storage tanks at the Equitable Gas Company occurred on November 14, 1927, the house only suffered minor damage from the explosion. 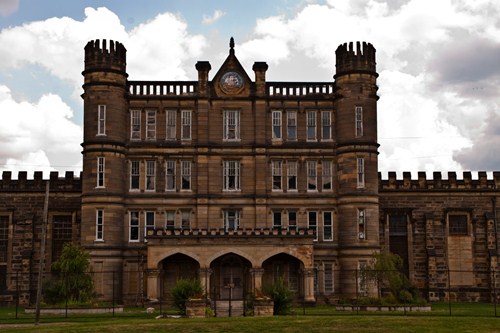 Pittsburgh’s National Aviary is located in Allegheny Commons West, a municipal park located in Pittsburgh’s north side. From 1826 to 1882, the National Aviary was the Western State Penitentiary where 118 officers of General John Morgan’s Confederate Cavalry were incarcerated. Six men died at the location and another man was killed trying to escape. After hours at the National Aviary, the apparitions of Civil War Confederates have been seen drifting through the location. Additionally, the sound of phantom footsteps has been heard resonating through the building in addition to sounds emanating from the location’s basement. In July 2009, paranormal investigators contacted spirits in the Aviary’s kitchen who admitted playing with a radio to gain a staff member’s attention. The spirit further mentioned that six other spirits haunted the Aviary and that each spirit loved the Aviary’s birds. 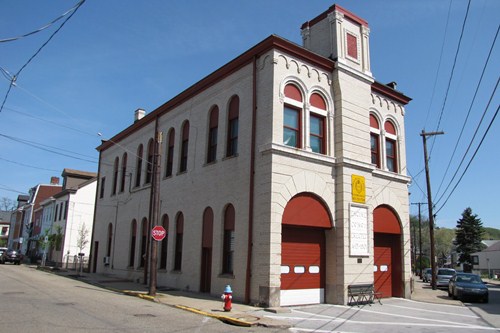 Troy Hill, a neighborhood in Pittsburgh’s North Side, is home to Engine House #39. Constructed in 1901, Engine House #39 was the last station to use horse-drawn fire carriages. Firemen who worked at Engine House #39 were subjected to a variety of paranormal encounters. Blankets were yanked off sleeping fire-fighters. Window shades randomly raised and lowered. The sound of phantom footsteps echoed throughout the building. The apparitions of fire-fighters were seen sitting around table playing cards. The ghost of Queenie, the firehouse dog, was even seen running around the station. Forced to close due to budget cuts in 2005, Engine House #39 lies abandoned in Troy Hill except for its various spectral inhabitants. 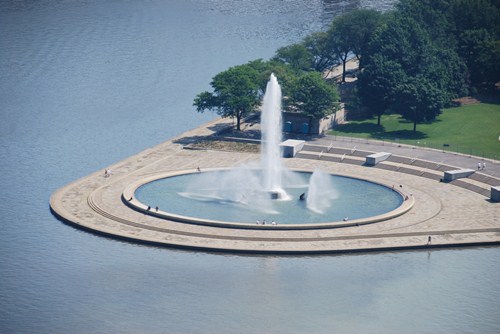 In an extraordinary case of Pittsburgh haunting, Point State Park is the original site of Fort Duquesne upon which brutal and torturous acts were committed. A particularly gruesome battle, The Battle of Grant’s Hill was also fought on the site. In the 1750’s and 1760’s, the French along with the Delaware and Seneca Indian tribes captured British soldiers and hoisted the soldiers by the fort on pillars along the Ohio River Bed. The soldiers were further tortured by having wet leather straps placed around their necks, which slowly shrank thereby slowly strangling the victim. Later, in the early 1970’s, a re-enactor participating in a war re-enactment was murdered. Now called the Fort Pitt Museum, security guards at the location have seen apparitions floating around the location. Objects are said to have vanished or been found in unusual locations. Even strange sounds have been claimed to emanate from empty areas of the museum.

More strange events have occurred at a long abandoned building, which is located on the Boulevard of the Allies, a four lane road connecting Downtown Pittsburgh with the Oakland district. While most recently an Italian restaurant, the building, which dates back to 1860, was also previously an upscale brothel. The location is the site of at least three murders. In one of the building’s bathrooms, a jealous husband caught his wife working in the brothel and shot her.

In an extraordinary case of Pittsburgh haunting, in the building’s front room, another woman was stabbed to death by her boyfriend when he discovered she was employed by the brothel. The paranormal events rumored to occur at the building are myriad. Children, who are depicted along a hall in old photographs, are said to haunt the location. Washing his hands in the restroom, a customer is said to have seen the reflection of an elderly woman in a babushka. The ghost of a girl who once lived in the building is said to tip over food trays. Glasses are even claimed to fly off the shelves. After a priest blessed the location, the amount of paranormal activity was said to increase. 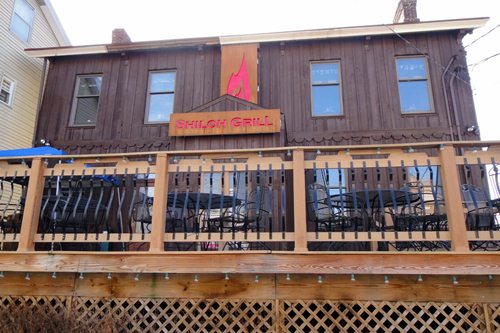 Nestled on the hill of Pittsburgh’s Mount Washington is the Shiloh Grlile, home of Katherine Soffel. In 1902, Soffel, the wife of the Allegheny County jail warden, fell in love with Ed Biddle, an imprisoned criminal who was part of the “Chloroform Gang” and awaiting execution. After smuggling a gun into the prison, Soffel and Biddle were eventually caught at a farmhouse on the outskirts of Pittsburgh. While Biddle died, Soffle spent several years in the Allegheny County jail. Later released, Soffle died in the house which later became the Shiloh Grille and is said to haunt the property. The 1984 movie, Mrs. Soffel, starring Diane Keaton and Mel Gibson further depicts the events.

3. The Lady in White 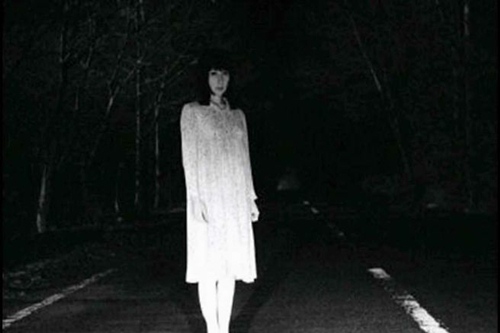 Point Park University’s performing arts center, the Pittsburgh Playhouse, boasts three theaters including the Hamlet Street Theater. While the Playhouse holds a handful of ghost stories, the most famous tale concerns The Lady in White, who is believed to be the spirit an actress who performed during the 1930’s at Hamlet Street Theater. On her wedding day, the woman discovered her husband was having an affair with a woman from a local brothel. In a passionate rage, the woman shot her husband and the husband’s lover then ascended the Hamlet Street Theater balcony before jumping to her death. Years later, a stage tech was fixing a lighting rig when he saw the ghost of a woman dressed in white aiming a gun at him. The stagehand promptly ran out of the Playhouse and never returned. 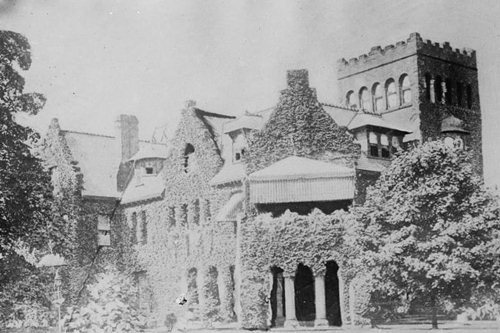 The Thaw Mansion located in Pittsburgh’s former Allegheny City was built by William Thaw, who gained his fortune in the railroad industry. Thaw’s son, Harry, fell in love with Evelyn Nesbit, a beautiful woman who Harry convinced to marry him. After the dissolution of the marriage, Nesbit moved to New York City where she commenced a relationship with the famous architect, Sanford White. During a 1906 dinner theater presentation, Harry shot White three times, exclaiming “You ruined my wife!” Harry and Nesbit later divorced. Some visitors to the Thaw Mansion have seen a gray silhouette of a woman, which some is Nesbit. Pittsburghers have taken to affectionately calling this spirit, “the gray lady.” 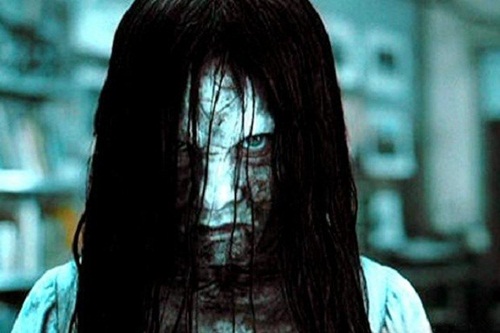 Situated a few miles south of Pittsburgh’s Monongahela River, the former Jones and Laughlin Steel Corporation mill is home to Slag Pile Annie. Annie is said to be the ghost of a World War II era woman who worked the mill collecting slag that dripped from the furnaces and died in an accident. In the most well known story about Slag Pile Annie, in the 1950’s a Jones and Laughlin steel worker was in one of the mill’s poorly lit tunnels when he noticed a woman dressed in a red bandana and work clothes. When the man said “Lady, you better get out of here before you get killed,” the woman answered “I can’t get killed. I’m already dead.” Strangely enough, there are no reports of Slag Pile Annie since the furnace was demolished.