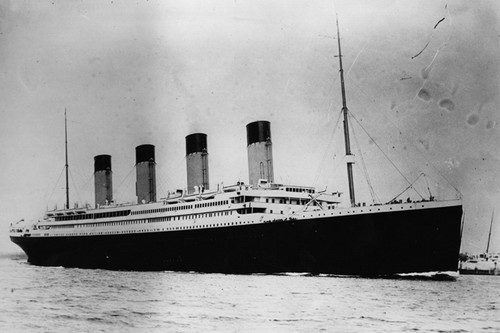 In 1898 author Morgan Robertson published a novella titled ‘Futility, or the Wreck of the Titan’. It told the story of a fictional ocean liner, ‘Titan’, which sinks in the North Atlantic Ocean after striking an iceberg. Sound familiar? I’m not surprised… fourteen years later, the events of Robertson’s book were mirrored almost exactly with the 1912 sinking of the RMS Titanic, which saw 1,503 people perish. In fact the list of similarities between the fictional Titan and the real Titanic is truly extensive. The Titan was described as a similar size and speed to RMS Titanic, both sank in April, both lost more than half their passengers and crew, and both had a dangerously low number of lifeboats. What is especially intriguing is the fact that Robertson wrote the book before the Titanic had even been conceptualized. So how did he predict the disaster so astutely? Robertson denied accusations of clairvoyance, protesting that the similarities were only the result of his extensive knowledge of shipbuilding and maritime trends. 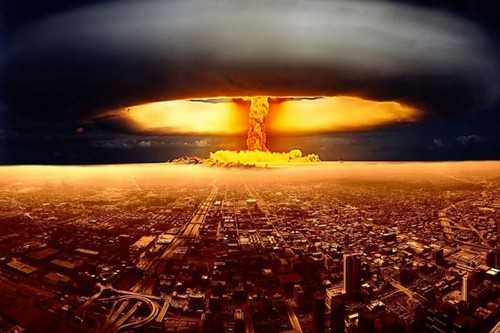 In 1914 the author of ‘The Time Machine’ and ‘The War of the Worlds’ predicted atrocities that even at the height of the Second World War most people wouldn’t have dared imagine could be possible: the destruction of cities by the atomic bomb. In his novel ‘The World Set Free’, he described a uranium-based hand grenade that ‘would continue to explode indefinitely’. To be fair, Wells did know quite a bit about radioactive elements, having read into atomic physics. But he had no way of knowing that it would actually be possible to weaponize nuclear power in the future. The Manhattan Project, which designed the first atomic bomb, did not begin until 28 years after Wells’ book was published. It was this project that led to the creation of Little Boy and Fat Man, the nuclear bombs that were dropped on Hiroshima and Nagasaki, leading to an estimated 226,000 deaths. 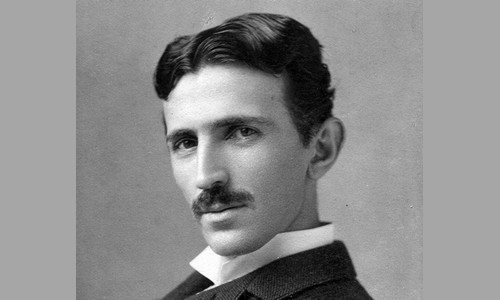 Often nicknamed ‘the man who invented the 20th century’, the Serbian-American inventor and engineer Nikola Tesla is best known for his contribution to the development of the modern electricity supply system.

In a 1909 interview with the New York Times, Tesla discussed his thoughts and predictions about the future of technology. He said, ‘It will soon be possible to transmit wireless messages all over the world so simply that any individual can carry and operate his own apparatus’. This is an unbelievable statement for him to have made at this time, as the first mobile telephone wasn’t created until 1973 and Wi-Fi wasn’t introduced until 1991. It could also be argued that Tesla foresaw the invention of Skype and video calling. In 1926 he said that ‘through television and telephony we shall see and hear one another as perfectly as though we were face to face, despite intervening distances of thousands of miles’. In 2013 Tesla was memorialized with a statue in San Francisco that, appropriately enough, emits free Wi-Fi for visitors. That’s definitely what he would have wanted. 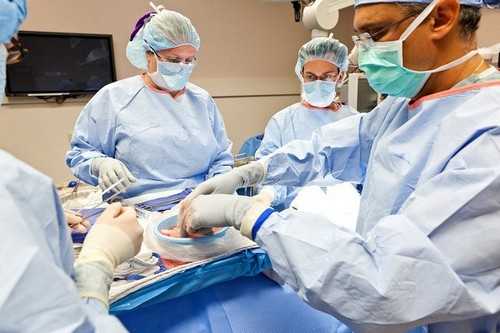 Robert Boyle was a phenomenally influential scientist, often known as the ‘father of modern chemistry’. He is best known for Boyle’s law – which talks about the behavior of gases – and the way he used proper experiments to test his hypotheses, rather than just arguing them out, which was the norm at the time. However, he is also known for being way ahead of his time. In the 1660s, he made a ‘wish list’ for the future of science, explicitly noting in his journal that – in the future – medicine will see ‘the cure of diseases by transplantation’, a previously unthought-of notion. Sure enough in 1954 – over 300 years after Boyle’s staggering prediction – Dr. Joseph Murray and Dr. David Hume performed the first ever successful organ transplant, transplanting a kidney. These days this very procedure is used to save lives all over the world – in 2014, 17,107 kidney transplants took place in the US alone. And this isn’t all that the scientist foresaw. In his mysterious ‘wish list’, he specifically mentioned submarines, genetically modified crops and psychedelic drugs. 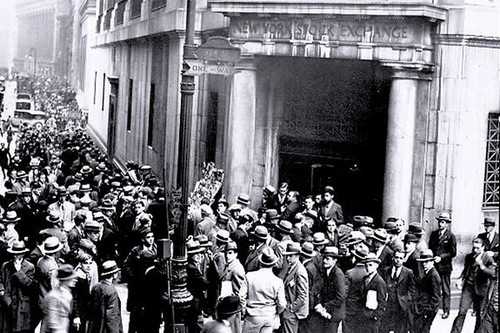 Edgar Cayce was a hugely popular mystic in the early 1920s. While in a trance, he would answer questions on everything from personal issues to national politics, with his best-known clients including Woodrow Wilson and Thomas Edison. In 1925 Cayce began warning that 1929 would see the beginning of a catastrophic economic depression in America. Some of his clients heeded Cayce’s warnings and withdrew their savings from banks. As Cayce predicted, in 1929 the New York Stock Exchange crashed. 13 million people were plunged into unemployment and stock prices didn’t return to normal until 1954. Cayce’s prophecies did not end there. In 1938 he predicted that archaeologists would make a discovery ‘in ‘68 or ‘69’ under ‘the slime of ages and sea water near Bimini’ in the Bahamas, and this would represent the ‘rising of Atlantis’. And surprise, surprise, in 1968 the Bimini Road was uncovered – a mysterious underwater rock formation that some people claim is part of the legendary lost city of Atlantis. He also accurately predicted the coming of his own death. On January 1st 1945, he said we would be buried in four more days. True to his word, he died of a stroke on January 3rd.

5. Mark Twain Predicted His Own Death 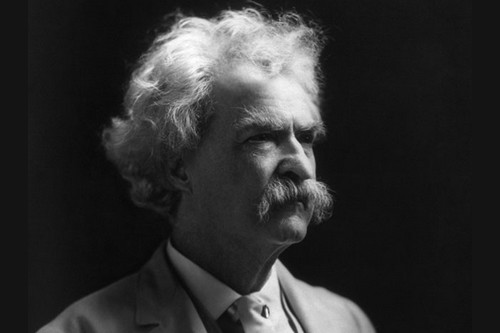 In his 1909 autobiography, American literary icon Mark Twain made an ominous prediction: the timing of his own death. Twain was born on 30th November 1835, shortly after Halley’s comet had come into visibility from Earth – as it does every 75 to 76 years. Aged 74, Twain wrote: ‘I came in with Halley’s comet in 1835. It is coming again next year, and I expect to go out with it.’ Sure enough, Twain died on 21st April 1910, the very day after the comet appeared once more.

And this is not the only way in which Twain accurately prophesied the future. In 1898 the author wrote a short science fiction story called ‘From the ‘London Times’ in 1904’, which was set six years in Twain’s future. In it, he described a device called the ‘Telelectroscope’, which was ‘connected with the telephonic systems of the world’ and made ‘the daily doings of the globe visible to everybody’. And if we’re being generous – and we are – then you could say that this means Twain sort of predicted the Internet 90 years before Tim Berners-Lee launched the World Wide Web. 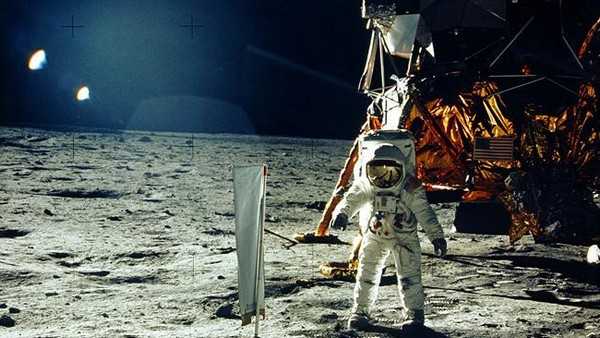 Another author whose fiction turned out to be eerily accurate is Jules Verne, a 19th century French novelist who wrote the classic adventure story ‘Around the World in Eighty Days’. In 1865 he wrote a short science fiction story called ‘From the Earth to the Moon’, which described humankind making its first ever trip to the moon. Sure enough, on July 20th 1969, Neil Armstrong made ‘one giant leap for mankind’ and set foot on the surface of the moon, almost a century after Jules Verne envisaged it.

But the simple fact that Verne imagined that lunar travel may one day be possible isn’t the only thing that makes his prediction notable. There were similarities between the real Apollo mission and the journey made in ‘From the Earth to the Moon’, such as the number of astronauts aboard and the fact that both rockets launched from Florida. However, the spookiest coincidence is that Verne described the astronauts experiencing a feeling of weightlessness. At the point at which he wrote the story, scientists didn’t know that gravity behaves differently in space, so there is no way he could have known to describe this. 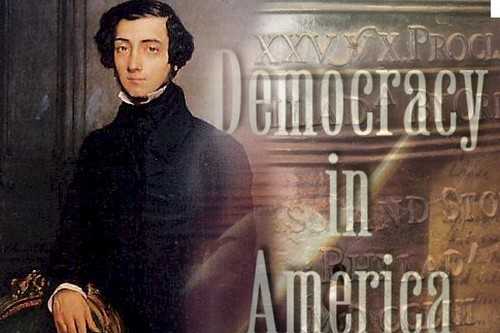 Back in the 1840s, America had only been independent from Britain for just over 60 years and it was a country deeply divided by civil war. What’s more, Russia was still under the autocratic and hierarchical leadership of the tsarist regime.You would have therefore not expected these two nations to become the two major superpowers battling for world supremacy just over a century later. It seems weird, then, that French political scientist Alexis de Tocqueville predicted just that in his 1840 publication: ‘Democracy in America’. He wrote: ‘There are now two great nations in the world which, starting from different points, seem to be advancing toward the same goal: the Russians and the Anglo-Americans… each seems called by some secret desire of Providence one day to hold in its hands the destinies of half the world’. Sure enough, the latter half of the 20th century saw increasing tensions between America and the Soviet Union, with each trying to better the other in nuclear advancements, space technology and international influence. 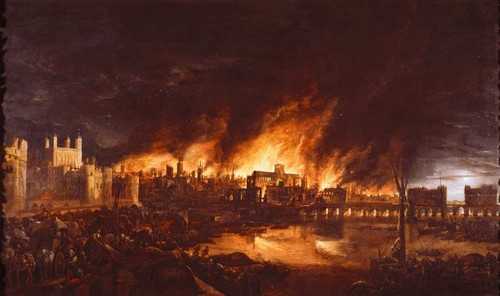 The 16th century prophecies of French apothecary and seer Michel de Nostredame are legendary. He has been credited with predicting numerous major world events, even ones that occurred over four centuries after his death. One of the most famous Nostradamus predictions involved the Great Fire of London, which consumed the city in 1666 and destroyed the homes of 70,000 of the City’s 80,000 inhabitants. In his 1555 book, ‘Les Propheties’, he wrote: ‘The blood of the just will be lacking in London, burnt up in the fire of ‘66.’ Creepy, right?

Furthermore, it can be argued that Nostradamus predicted the 1789 French Revolution. He said: ‘From the enslaved populace, songs, chants and demands, while princes and lords and held captive in prisons.’ This does sounds similar to the way the downtrodden peasant majority rose up and arrested the French aristocracy during the revolution. Nostradamus also discusses ‘headless idiots’, which could be in reference to the thousands of people executed by guillotine during the ensuing Reign of Terror, including King Louis XVI and his wife Marie Antoinette. However, you do need to take Nostradamus’ predictions with a little pinch of salt. His writings were so extensive that a liberal interpreter could find predictions for pretty much anything they wanted to within his work.

Scientist, artist, mathematician, musician… there are few fields that Renaissance polymath Leonardo da Vinci wasn’t an expert in. But was he also a prophet? Da Vinci’s notebooks, in which he recorded his thoughts from the mid 1480s to his death in 1519, are littered with designs for inventions and technologies that are completely out of his time. It’s not accurate to credit da Vinci with inventing these items, as his diagrams were not detailed plans of how they’d work, but more predictions of inventions that could exist. For example, he drew up designs for a tank-like armored war vehicle – over 400 years before they became a reality.

Furthermore, da Vinci once drew a diagram of an early parachute, 3 centuries prior to the first parachute jump being performed by Andre-Jacques Garnerin in 1797. In 2000 skydiver Adrian Nicholas tested a parachute created from da Vinci’s designs, using it to safely jump from a hot air balloon at 3,000 meters. He described the ride as smoother than a modern parachute, but because it weighed 9 times more than parachutes today, it did put him in danger of injury when landing.

10 Secret Societies That Shaped Our World

Women Heroes of WWII: 10 Ladies Who Changed The Game

The 10 Great Warrior Women Who Made Their Mark On History

The 10 Protest Movements that Shook Britain

10 shortest wars in history that had a devastating human cost