The first National Hockey League (NHL) Entry Draft, then called the NHL Amateur Draft, was held in 1963. Over the years, some of the players selected first overall went on to have legendary, Hall of Fame careers, while others struggled to make a lasting impact at the NHL level, and still others carved out decent, but unspectacular, careers for themselves. Below you’ll find the players who belong to the first of those 3 categories. With a number of recent first overall picks quickly establishing themselves as NHL superstars (we’re looking at you Connor McDavid and Auston Matthews), this list may change significantly in the next 10-20 years. However, based entirely on career achievements up to the present day, here are the Top 10 First Overall NHL Draft Picks in NHL History. 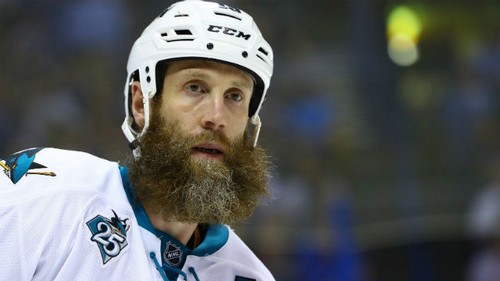 “Jumbo Joe” Thornton was drafted first overall by the Boston Bruins in the 1997 NHL Entry Draft. He spent parts of 7 seasons with the Bruins before being traded to the San Jose Sharks, who he currently plays for, in 2005. Thornton has used his size (6 foot 4, 222 pounds) and exceptional passing skills to rack up points (over 1300 and counting) over the last 2 decades. He won the Hart trophy as league MVP for the 2005-2006 season and also led the NHL in points that season. Thornton has represented Canada internationally a number of times, winning Olympic gold in 2010, and 2 World Cups in 2004 and 2016. 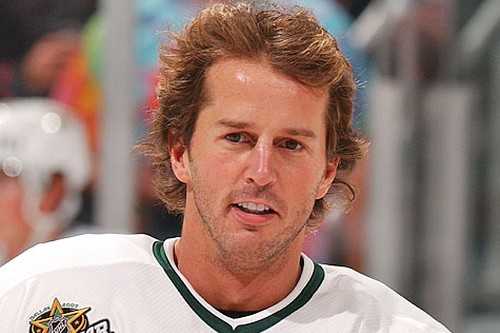 The Minnesota North Stars (later Dallas Stars) chose Mike Modano with the first selection of the 1988 draft. To say that pick worked out well for the franchise would be an understatement, as Modano is the organization’s all-time leader in games, goals, assists, and points in both the regular season and playoffs. He was also a key member of the 1999 Stars team that won what is currently the organization’s only Stanley Cup. Modano was a consistent offensive threat throughout his career, compiling 1374 points in the NHL before retiring in 2011 after 1 final season with the Detroit Red Wings. Modano is also the highest scoring American-born player in NHL history, was elected into the Hockey Hall of Fame in 2014, and helped the USA win a World Cup title in 1996. 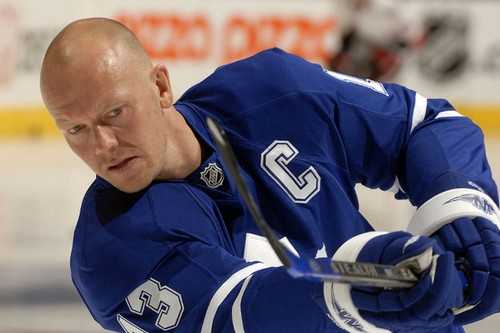 Mats Sundin was selected by the Quebec Nordiques (now Colorado Avalanche) first overall in 1989. He spent 4 seasons with the Nordiques, but is best known for the 13 seasons he spent with the Toronto Maple Leafs, before spending the last season of his career (2008-2009) with the Vancouver Canucks. Sundin was the first NHL player drafted first overall who had been born and raised in Europe, and won an Olympic gold medal with Sweden in 2006. Sundin consistently put up points and scored goals in the NHL, finishing with 30+ goals 13 times during his career. His number 13 jersey has been retired by the Maple Leafs, and Sundin has been inducted into the Hockey Hall of Fame. 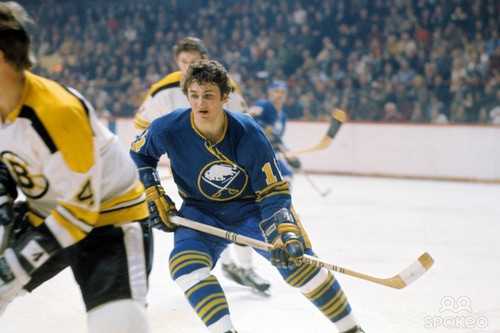 Not only was Gilbert Perreault the first player taken in the 1970 NHL draft, he was also the first player drafted in Buffalo Sabres history. Perreault, a skilled centre, spent his entire 17 season career with the Sabres, and is still their all-time leader in games played, goals, assists, and points. Perreault made 8 All-Star appearances during his career, and won the Calder trophy in 1971 as the NHL’s Rookie of the Year. The native of Victoriaville, Quebec entered the Hockey Hall of Fame in 1990. 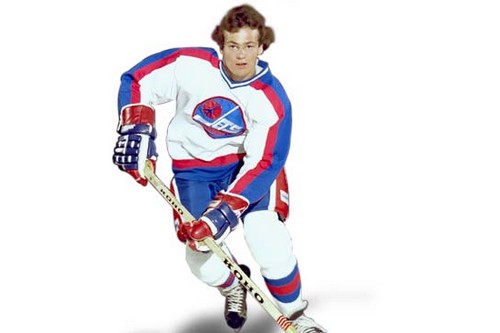 Dale Hawerchuk was the first player off the board at the 1981 NHL Entry Draft, as the Winnipeg Jets snapped up the centre from the Quebec Major Junior Hockey League’s Cornwall Royals. Hawerchuk is usually remembered as a Jet, he played 9 seasons with the team, but also played for the Buffalo Sabres, St. Louis Blues, and Philadelphia Flyers before retiring in 1997. He is a 5 time NHL All-Star, was the league’s Rookie of the Year in 1982, and reached the 100 point mark 6 times. Hawerchuk is often regarded as the greatest player in Winnipeg Jets/Arizona Coyotes franchise history, and was inducted into the Hockey Hall of Fame in 2001. 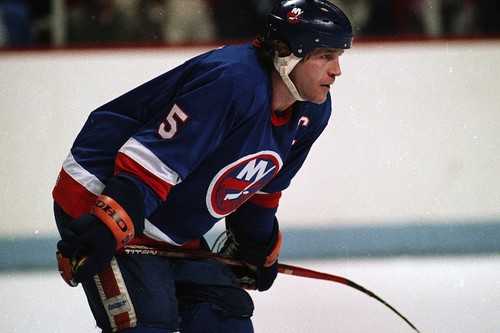 The New York Islanders chose Denis Potvin, a defenseman from the Ontario Hockey League’s Ottawa 67’s, with the first pick of the 1973 NHL draft. Potvin went on to play for the Islanders for the entirety of his 15 year NHL career, and captained them to 4 straight Stanley Cups from 1980-1983. He won the Norris Trophy as the NHL’s best defenseman 3 times, and retired as the NHL’s all-time regular season and playoff leader in goals, assists, and points by a defenseman, though those marks have since been bested. Potvin played for Canada several times on the international stage, including as a member of the 1976 Canada Cup winning team. He has been a member of the Hockey Hall of Fame since 1991. 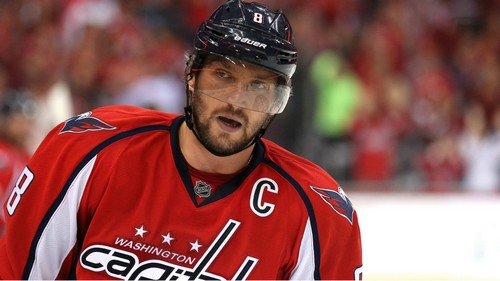 With the first pick of the 2004 NHL Entry Draft the Washington Capitals chose Alexander Ovechkin, a dynamic goal-scoring winger from Russia. He’s been the face of the franchise ever since. Ovechkin’s accomplishments include 3 Hart trophies as NHL MVP, a scoring title, 7 NHL First-Team selections, and 6 Rocket Richard trophies as the NHL’s leading goal scorer. He is known for his goal-scoring prowess (he reached 500 career goals faster than all but 4 players in NHL history), physical play, and charismatic personality. Still only 31, Ovechkin will surely go down as one of the NHL’s best all-time goal scorers. He has also won 3 World Championship gold medals as a member of the Russian national team. 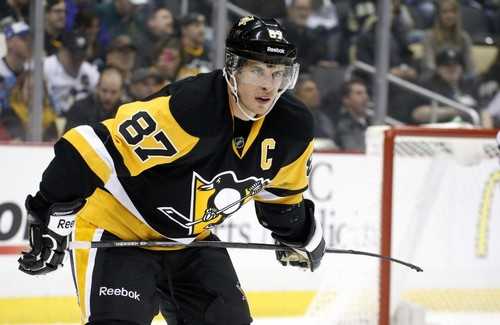 Crosby entered the NHL as one of the most hyped prospects in NHL history after the Pittsburgh Penguins chose him first overall at the NHL’s 2005 draft. Since his rookie season in 2005-2006, Crosby has won 2 NHL MVP’s, 2 scoring titles, 1 goal-scoring title, 2 Stanley Cups, and 1 Conn Smythe trophy as playoff MVP. Crosby has struggled with injuries at several points in his career, but despite that has still been arguably the best hockey player in the world over the last decade. He led Canada to 2 Olympic Gold medals (2010 and 2014), a World Cup (2016), and World Championship titles at both the Junior (2005) and Senior (2015) level. At 29 years of age, expect Crosby to continue to stockpile trophies and awards over the next few years, all the while continuing his ascent up the ranks of the NHL’s all-time greats. 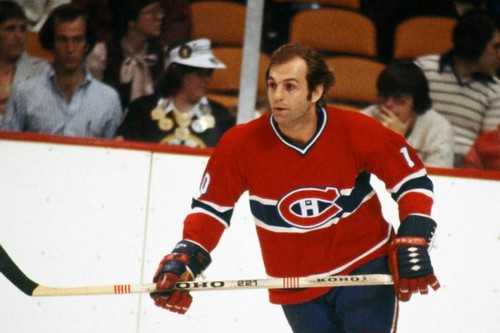 Guy Lafleur, nicknamed “The Flower”, spent his NHL career with the Montreal Canadiens, New York Rangers, and Quebec Nordiques after Montreal selected him with the first pick in the 1971 NHL draft. Lafleur is best remembered for his time with Montreal, during which he won 5 Stanley Cups and scored more points than any player in franchise history. He also won 3 scoring titles, 2 MVP’s, and a Playoff MVP. The right winger is remembered for his role as a key offensive cog on the dynastic Montreal teams of the 1970’s, and the image of Lafleur’s flowing hair as he sped down the ice is imprinted on many hockey fans’ memories. He was inducted into the Hockey Hall of Fame in 1988 and has had his iconic #10 jersey retired by the Canadiens. 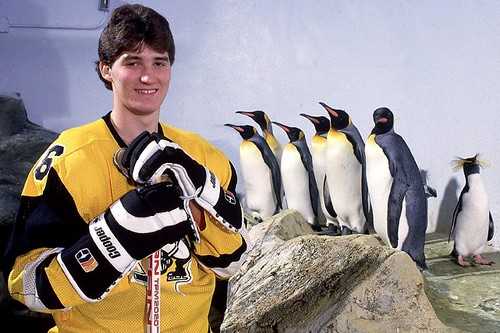 Mario Lemieux holds down the top spot on this list, and is on many people’s short lists of the greatest hockey player in history. Drafted by the Pittsburgh Penguins first overall in 1984, Lemieux spent parts of 17 seasons with the Penguins before retiring in 2006. Lemieux had a remarkable career, leading Pittsburgh to consecutive Stanley Cups in 1991 and 1992, winning 6 NHL scoring titles, 3 MVP awards, and 2 Conn Smythe trophies as playoff MVP. Despite missing time at different points of his career due to Hodgkin’s Lymphoma, a variety of injuries, and a temporary retirement, Lemieux is still 8th on the NHL’s career points lists and 10th in career goals. Only Wayne Gretzky ever put up more points in a season than Lemieux, who reached the 100 point mark 10 times in his career. Lemieux holds many franchise records with the Penguins, including the most points, goals, assists, and games played in franchise history. He won Olympic, World Cup, and Canada Cup titles with Canada and was inducted into the Hockey Hall of Fame in 1997.