“To err is human” is a well-known saying. We often use it to cover up our mistakes. It will hardly affect our life if we commit small mistakes!

If such a mistake is committed by famous persons holding high office of responsibilities, including government offices, religious centers, etc. It can have serious ramifications.

It can create obstacle in the path of human’s development. We can say when a good work done by a good person leads to betterment of society. Similarly, if a wrong work done by an obnoxious person it can give us worsening effect. It can make our world weird!

We should recall the mistakes of eminent persons, so we can avoid their repetition in the future.

Here are the top ten infamous blunders of world given below… Let’s discuss about it…. 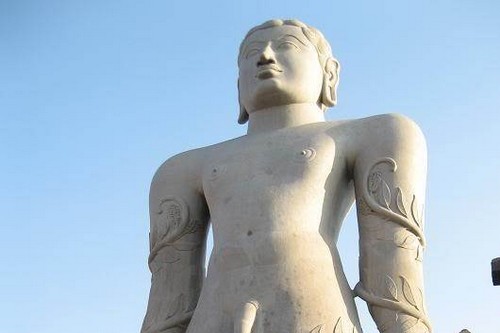 Jainism is an old religion of world as well as significance globally. Prominent prophet of the religion is Lord Mahavira who also regarded as last. Truth and honesty is the main theory preached by the creed.

The precept of the faith is its “virtue” (good deeds) and bad deeds are like “iron chains” of humankind.

In one hand the concept of Jainism is to do welfare to other beings on the other hands it’s believes in “salvation” (human need to release from cycle of birth and death). The religion emphasis on “isolation” – (people should stay in isolation). That’s why, so many Jain monks stay in seclusion. There is a dichotomy we witness that people of the community thinks they doesn’t need to do welfare to others as rest of the population is already doing so.

It is a blunder, because of this believes Jain monks are living away from the rest of population. They are living segregate life in isolation not even doing good deeds to avoid committing bad deeds. The people are only waiting for salvation. 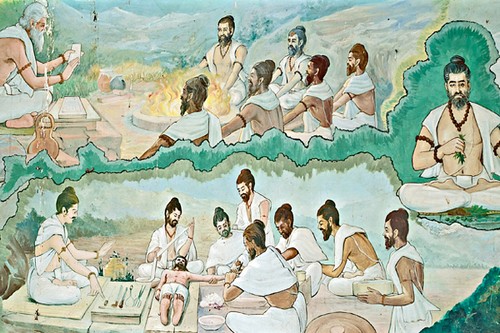 Allopathic medicine is most researched accepted medicine which is a “boon” to medical science. It deserves acknowledgment for discoveries of vaccines, anesthetics, antibiotics and modern diagnostic aids. It can cure so many deadly diseases.

Those who criticized allopathic we often consider him primitive, old fashion or illiterate person. But we forget our forefathers actually used Naturopathy, Herbal medicine or homeopathy to diagnose their disease.

Apparently, allopathic gained popularity because of its fast therapy compare to homeopathy or naturopathy. But we can’t sideline the disadvantage of allopathic.

According to a report of World Health Organization (WHO) that consumption of allopathic from long time can damage your immune system. So we should not consume allopathic medicine for silly stuffs. Like for simply headache or body ache. 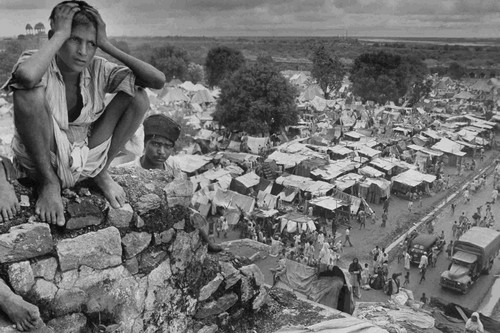 This is a brutal blunder of India – Indian Sub Continent. This was a blunder in form of genocide. Nobody can deny it that in this phenomenon million of human beings killed.

This led to division of Pakistan from India. These two countries were one nation before independence and community of two religious groups Hindu and Muslim used to live together with harmony. But during the era of Independency a deadly riot took place which bi-furcated these two countries from each other for ever.

The disturbance killed millions of people. More than 400,000 people died. Hindu and Muslim both face atrocities and even movement from one place to another.

The genocide is lead to created mass migration and mass killing. UNHCR estimates 14 million Hindus, Muslims and Sikhs affected. This is one of the most evil blunders of our modern world. 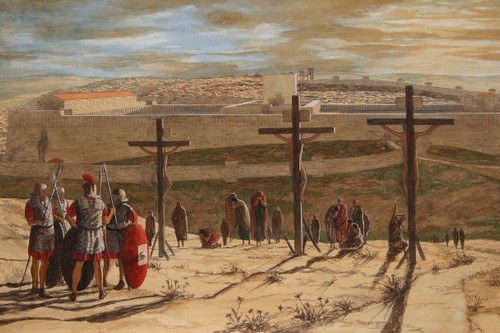 This is one of the most profane blunders of world. It occurred during 1st century AD when Jesus Christ killed by crucified. According to New Testaments (Bible) Jesus Christ is referred as “Father of Christianity” and also Christian believed that he is “son of god“. We also called him Messiah.

Messiah was arrested and sentenced by Pontius Pilate to be scourge and finally crucified. His suffering and crucification was main focus of Christian logy.

The total story of crucification was mention in four canonical gospels, referred to New Testament. We don’t know the exact day when Jesus killed but according to Bible probably it was Friday. 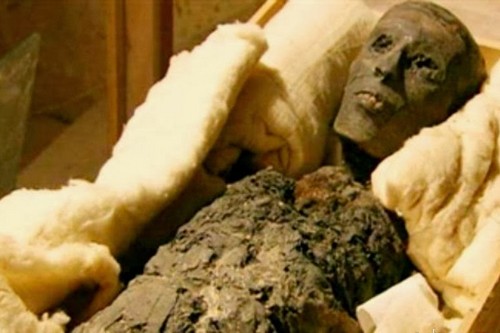 The ancient Egyptians and some other countries had a complicated set of burial custom. They believed it’s very necessary to make sure their immortality after death. This was a code of behavior which comprises mummifying the body. It was very rigid social custom.

Mummified body used to keep in “pyramid” (a triangular shaped house). In ancient time in Asia and Africa after death body of the person need to preserved. So, the country introduced mummified theory which was a blunder.

In one hand it was a serious and rigid kind of superstition. On the other hand so many living people had to lose their life with this orthodox act.

In the top of pyramid prisoners used to sacrificed, those who were arrested during war. Priests used to split the victim open in some fashion. Sometimes they used to rip the victim with knife. The heads of victims were taken and stripped of from the flesh. This was very brutal custom which used to practice. Hence it was most evil form of blunder.

Japan is an economical powerful country in Eastern Asia. The country used to rule all over the world. But one historical incident brought a revolution in the country in mid 19th century. In July 1853 an American Naval sheep visited the coast of Japan and warned the country, either Japan allowed free entry of American goods or conflict will be take place. This time Japan agreed with the condition.

But on 7th December 1941 Japan committed a bizarre blunder by attacking on Pearl Harbor. This attacked anger US and developed hostility between two countries.

US dropped a bomb in Hiroshima few days back in Nagasaki. Japan faced this problem as the country did a mindless mistake to dropped bomb in Japan. This is a huge destruction to Japan. 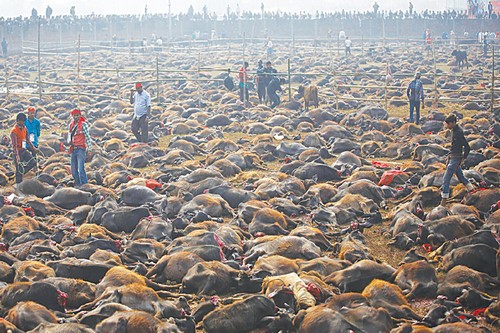 It is a common ritual practice in Nepal after five years gap. In Kathmandu people slaughters large number of animals to impressed Gadhimai – goddess of power. Tribal people practice this custom.

It is known as Gadhimai festival. The festival attained by 2 million devotees who thinks that these animals sacrificed will end their misery and will bring prosperity in their life.

The blunder is that killing of innocent animals is most offensive kind of activity. Large number of animal right activists protests this folklore. The tradition always faced controversies. Socio reformer emphasis that Nepal should not promote these kind of animal sacrificed. 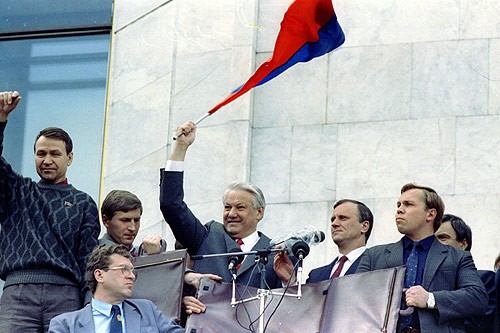 After the collapse of 75 years old Soviet Union, Russia emerged as a new independent nation in June 1992 and Boris Yeltsin became first president of the country. He wanted to bring economical development in the country and for this he chooses to introduce capitalism theory in the country, but it brought deterioration here.

As before 1992 the administration of the country was control under communism. In this system every needs of citizen should be done by government. Communist treat human beings like a good, so provide him just basic needs… Which are food, clothing and shelter? These are just in ordinary quality and in limited quantity. People in communist country not even get chance to developed.

Michael Gorbachev wrote about miserable condition of Russian people during Soviet Union time. But he also said that development should not bring here fast as the country was already under Communism so it will difficult for the country to faced fast and direct Capitalism. Capitalism should be applied here slow and steadily. Yeltsin did not agree with Gorbachev and apply Capitalism directly. It is a blunder as it beat the economy of country. It creates unemployment in the country. 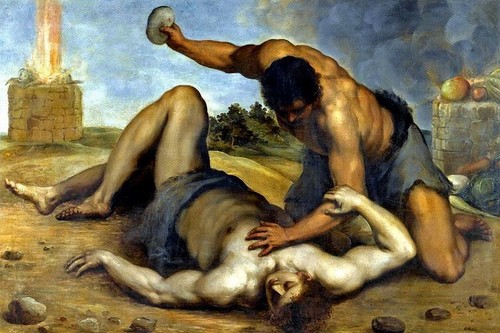 Murder, One of the most evil illegal activities, going on in our world from long time. Modern society and our law awarded death sentences for such crime.

It will be interesting to know from, when people are killing each other? Means how people got idea to kill people?

According to a legend of Old Testament of Bible, there was a boy named Cain who used to jealous from his brother – Abel as he thought that his parents loved his brother more. So he murdered his brother out of jealous. In this way idea of the killing people formed. So, it is a blunder of Ken to kill his brother. This age old blunder making everybody his victim! This is phenomena of killing people. 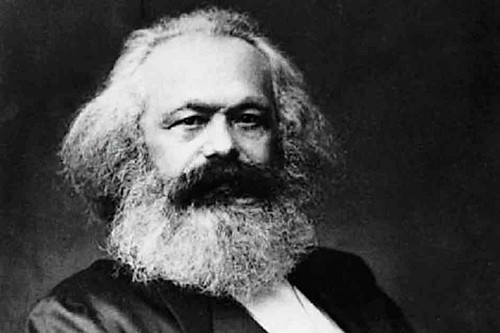 Karl Marx regarded as pioneer of Society. His theory is still popular among people who believe on Socialism. He used to feel bad when he sees that working class is suffering in the hands of powerful class. That’s why, he developed his own theory that the government’s duty is to serve human. Means basic needs of people is food, clothing, shelter and it should be fulfilled by government.

Marx also said in limited government should produced and distributed in limited quality and quantity. He predicted socialism as a proper remedy of Capitalism and by this is a panacea for all economic ills.

Collapse of Communism in Soviet Union is proved of Marx fallacy. Indian journalist E. M.S. Namboodiripad also wrote about fallacy of Marx’s prediction in an article published in Indian Express on 8th June 1990.On the other hand Socialism compels people to stay under government clutch which snatches away citizen’s freedom also. They have to do what government telling them. So this is one of most infamous blunders of world.