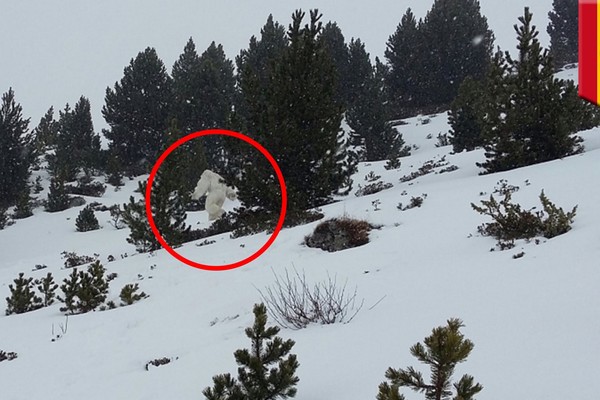 Over the years, the number of unknown creatures captured on cameras increased incredibly. We now have phones and even surveillance cameras that could capture high definition footage forus. However, we can’t remove the fact that there are hoaxes, while there are those footage that are considered authentic. There are also instances when science is yet to determine the authenticity of these mysterious creatures spotted on camera. Given the vast areas of the world that has yet to be explored, there is a huge chance that these sightings are true.

But of course, because of the availability of technological advances that manipulate photos and practical effects, there is a chance that it can be a hoax. There are also some instances when people create hoax in order to gain recognition. However, despite the possibility of hoax, cryptozoologists still believe that there is the possibility of having creatures that can cause quite a stir online. Here are some mysterious creatures that have been captured on camera!

We all can’t get enough of Big Foot. Every now and then, you could watch videos of experts who are trying to search for Big Foot. One of the most recent and probably the most amazing video is The Morning Visitor.

It is said to be Australia’s version of Big Foot. It has been caught on video walking in the woods. Taken when it was still dark, The Morning Visitor is believed to be an apelike bipedal that is checking the rocks and apples for food.

Could it be a new unclassified primate? Or could it be just another ape that we already know? So far, the video is still inconclusive. There is a chance that because of the poor quality of video that it is actually an ape. Nonetheless, the Morning Visitor made it in our list of mysterious creatures spotted on camera.

For years, Chupacabra has been an animal that has been part of folklore. According to legends, it had its name for its habit of attacking and drinking blood of livestock including goats. There are different descriptions about the appearance of the creature. According to legends, it is the size of small bear which looks like an alien. There are also sightings that it looks more of a dog.

There was an incident in Oklahoma wherein a creature found in the area was said to be a Chupacabra. The carcass of the animal is making quite a stir since it was nothing like any creature known today. It was said that the toes are finger like in appearance.

It has been said that the Loch Ness Monster has inhabited the Scottish Highlands. This lake monster has been said to have been spotted by different people. The most popular photograph of the Lochness Monster was taken in 1934. Today, the photo has been known as a hoax.

Until today, a lot of people believe in the Loch Ness Monster. In fact, there are those that even try to find for even slight evidence that this creature is alive. However, over the years, there have been possible images that would suggest the presence of such creature in the lake.

In 2014 though, The Loch Ness Monster allegedly made an appearance on Apple Maps. It shows a shadow of a creature, of what is thought to be the elusive monster.

The ocean is an unexplored part of the world. This makes the ocean the perfect place to see mysterious creatures spotted on camera. If you read fiction, you may have heard of giant squids taking down ships. It is an important discovery to finally confirm the presence of giant squids in the deep vast ocean.

Giant squids have been part of folklore and legends. However, recently, a giant squid has been captured on film by Edith Widder. An oceanographer and Marine Biologist, she was the co-founder of Ocean Research and Conservation Association. In 2012, they finally filmed the giant squid that was only known in legends in the past. Just how big these giant squids could get? It can reach 13 meters.

Lake Placid and other movies have invested on the idea of a super large croc out to kill people. Next one in our list of mysterious creatures spotted on camera was Lolong the giant crocodile from the Philippines. Lolong was the largest crocodile in captivity. The crocodile measures 20 feet 3 inches from snout to tail.

Before it was captured, there were rumors of a large crocodile roaming around the area. There were various local shows that have attempted to capture the animal, only to find tracks and other clues that there could really be a giant creature lurking in the area. According to experts, they believe that aside from Lolong, there is also a chance that there is another crocodile of the same size just within the area. Eventually, Lolong died as it failed to adjust in captivity due to stress.

These days, it isn’t surprising to see cows and pigs to get so big. Thanks to feeds that have messed up the hormones of hogs and cows, it wasn’t really something new.

However, if you have a pig that is allegedly 12 feet tall, then now that is something else. In 2004, a photo of what seemed to be an over-sized pig later called Hogzilla appeared online. This pig was actually peculiar because it is nothing like a domesticated pig. Later on, it was discovered to be a mix. According to DNA test made on Hogzilla, it was a mix of wild hog and domesticated pig.

What made Hogzilla part of our list of mysterious creatures spotted on camera is its size. Though it is far from the alleged 12 feet length, it was still an amazing animal that was caught on camera. Weighing approximately 800 pounds, with length of 6.9 to 8.6 feet, Hogzilla was beyond the average pig’s size.

The elusive Big Foot is most likely the most highly debatable mysterious creature that has been spotted on different cameras. For some, Big Foot is nothing but a legend. For others, it is a possibility that a creature that big could actually survive in the wilderness.

Big Foot is mainly seen in the Pacific Northwest. According to eye witness accounts, it is a bipedal humanoid that is somewhat like gorilla. It has been captured on a popular video that has been analyzed by experts. There are different opinions regarding the authenticity of the Big Foot video. However, there are some experts who agree that it is real.

If you have watched or read Lord of The Rings, you may have been familiar with Gollum. One of the most mysterious creatures spotted on camera was the mysterious Gollum in Northern China. Who wouldn’t freak out seeing what looked like a human with such huge ears? It was naked in the middle of nowhere by the looks of it, seemingly urinating. According to the story, a tourist was camping when he saw what seemingly look like a character from Hills Have Eyes. The Mysterious Gollum was seen urinating, before it fled. He then took a video of the mysterious creature before it ran away.

Another one that made it in our list of mysterious creatures spotted on camera is the Abominable Snowman. Could you imagine an apelike creature appearing in mountainous areas in freezing conditions?

The Abominable Snowman, otherwise known as yeti is an apelike version of Big Foot, only located in Nepal and Tibet. There have been sightings of yeti over the years, and even some photographs that claim to be authentic. Could it be an unclassified primate roaming Tibet and Nepal? Or is it just hoax?

Lots of people are afraid of snakes. Snakes come in different variation from venomous to those that constrict their prey until nothing is left of them. Anacondas are known to be the large snakes in the Amazon. The natural habitat of these creatures is the river and swampy areas where they could camouflage and hunt for their prey. Anacondas are said to be capable of eating a full grown man, or even a larger animal.

The largest documented Anaconda is 28 feet in length and over 500 pounds. Competing against the giant anaconda is the Asiatic Reticulated Python. Of course, there are myths and other unverified information about anacondas that it could reach up to 50 feet. Could it be true? Given the size of the Amazon, it is a possibility.

Other than new species, there are also those who believe about the possibility of creatures that are somewhat hard to believe. From Big Foot to the Gollum in China, these are some of the best examples of cryptozoology.