Commuting and traveling is one of the most common things that we do in our everyday lives. Most of us get up in the morning and then travels to go to work or school on a daily basis. Statistically, we almost spend an eighth of our lives travelling. Unfortunately, not all roads are big enough for the traffic. Some places may offer long, wide and almost car free roads for us to drive around during the weekends. Unfortunately, there are also several places on this planet where the roads that may be narrow and wide but are pretty occupied with cars and public transport. There are places on Earth where traffic is a peril to the daily lives of its people. Here are top 10 places with worst traffic problems in the world. 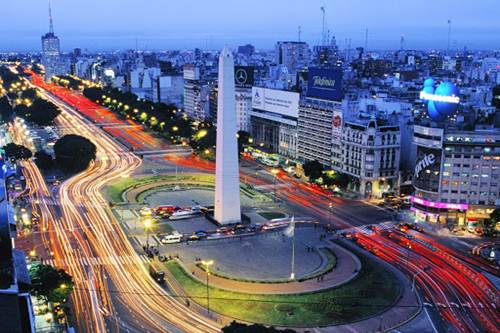 Buenos Aires may be the best place to shop where streets are flooded with fashion stalls and shoe shops, but unfortunately, the place is the one with the most traffic problem in the whole of Argentina. Traffic accidents are also very common in the area. According to a 2014 Road Safety report in Buenos Aires, traffic laws are not routinely obeyed in the area and vehicles often travel at excessive acceleration. Most of the highways in the country are also two-lane and has no separation in between vehicles travelling from the opposite direction. 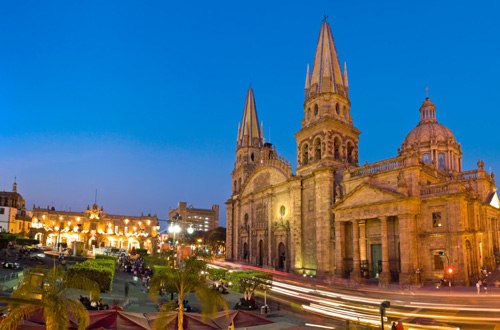 The captivating and colorful culture of Guadalajara is one of the country’s pride and is also one of the places with worst traffic. The place is also a host to several antiquity and historical sites that will bring you to a trip down memory lane, as far as the romantic eras in history are concerned. However, the city has a traffic index of 169.76 and a Traffic Inefficiency Index of 167.19. Commuters suffer around 30 minutes of daily traffic in Guadalajara. Passengers in the city are usually employees and students on their way to their office and schools. Due to the traffic in the area, its yearly CO2 produced is around 2,087.89 kilograms. A total of 24.34 trees are needed per commuter to produce enough oxygen to cover the CO2 emissions. Cars are also the most common form of transportation in the area explaining why there is such a huge amount of traffic in the city. 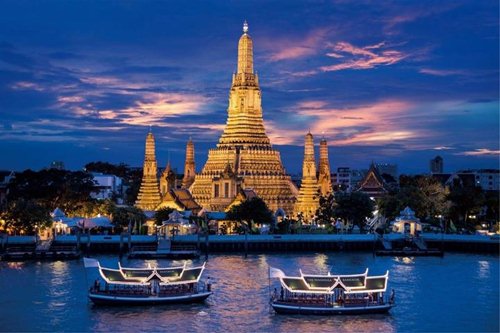 Another shopping maven often frequented by tourists from all over the world is Bangkok, Thailand is also one of the top places with worst traffic on planet earth. The country has managed to preserve its Asian heritage without compromising economic growth and progress. However, Bangkok is one of the cities in the world where traffic is worse. The increase in the number of vehicles in the streets of Bangkok was due to the government policy that refunds tax for first-time car buyers back in 2012. The city now caters to 5 million vehicles on a daily basis with a traffic capacity of two million. What makes it harder to cope with the current traffic situation in Thailand is the country’s tropical weather adding up more heat to the temperatures, both machine and human being tested in the roads of Bangkok every day. Asbestos lined brake pads are still being used in Asia making the situation even worse for Thailand’s citizens as well as tourists. 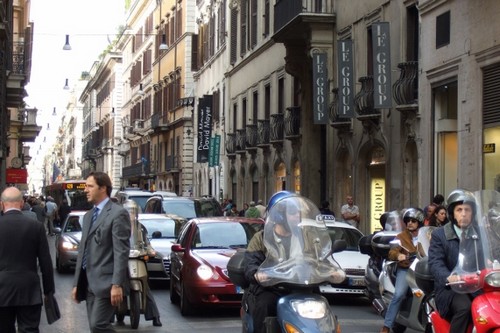 Rome is considered as one of the most romantic cities in the world explaining why tourist floods its busy streets on a daily basis. Rome is also where the heart of the Catholic Church is, making it a frequent destination for pilgrims and devotees. Rome, even with its commercialized romanticism at tow has a dark side as well. According to a 2008 report, Rome is considered as one of the most dangerous cities in the world for traffic accidents. Rome’s main source of traffic is the congestion of motorcycles in the city. Traffic related accidents on the other hand are due to “kamikaze” driving and negligence of road signs and traffic rules. Back in 2006 21,000 collisions, 28,000 people were hurt and 230 died die to a single accident. Motorist drove around the cobbled alleyways hitting pedestrians, properties and traffic signs along the way. Italy also has a spot in the countries with the most car densities in the world and ranks quiet high in the list of places with worst traffic. 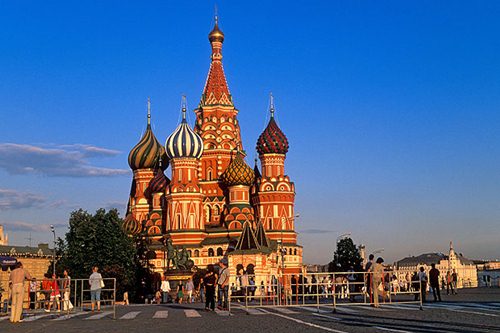 Russia may be popular for its impressive production of weaponry but it also known as one of the worst places when it comes to traffic. Mass automobile usage is also the culprit for Moscow’s current traffic dilemma. The city is even rated as one of the worst when it comes to traffic back in 2013. Traffic is prolonged twice and back in that year, five days from the life of a Moscow drives is being taken away by its busy streets. It even topped the 2012 Congestion Index that indicated that travelling from point A to point be takes an extra 66% of the time to travel due to traffic. The situation is the worst during the evening rush hour where a usual hour of travel would take two and a half hours due to traffic. Heavy snowfall also contributes to make the traffic situation even worst during cold months like November. Moscow is undoubtedly on of the top places with worst traffic in the world. 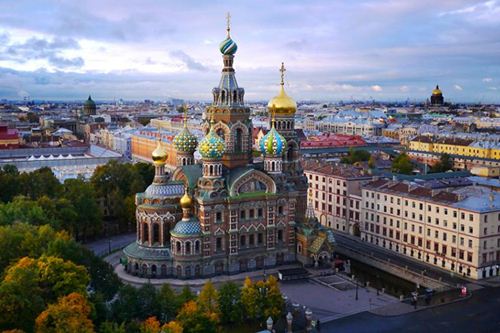 St. Petersburg is one of the loveliest cities in Russia, but unfortunately, traffic problems have already scarred its beauty. Snow falls hard in St. Petersburg and has even send people stranded for three days in the streets back in 2012, due to a traffic jam caused by the first biggest snow storm during that year. A 400-mile stretch from between Moscow and St. Petersburg left 100 mile of traffic to 10,000 vehicles trapped in the streets for three days. Trips and travel time in St. Petersburg takes 44% longer due to the traffic. Rush hours on the other hand makes the trip almost twice longer. In fact, during rush hours, Moscow and St. Petersburg ranks as the second and third most gridlocked cities in the world. Authorities on the other hand are managing to keep the traffic in order by encouraging commuters to use public transportation. They are also installing paid parking lots and towing illegally parked vehicles to reduce the problem. 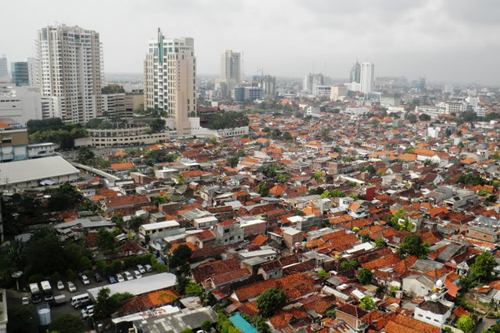 Surabaya in Indonesia ranks fourth in a recent survey conducted by Castrol among cities with the highest number of stops and starts. It has reached 29, 880 starts and stops per year showcasing the worsening amount of traffic in the city. Jakarta is said to have the least decent rail-based mass transportation system in the world making it difficult to free up the roads. Most of the public transportation in the country is composed of minibuses and minivans that recklessly stop even in the middle of the street to pick and drop off passengers. The East Java province is the second largest city in Indonesia with over 3 million people making the traffic density even worse. It is also the center of business, industry and education in Eastern Indonesia allowing a substantial amount of pedestrian travelling along its roads on a daily basis. Without modernized public transportation systems for the city, traffic will just turn even worst. Surabaya came fourth in the list of places with worst traffic. 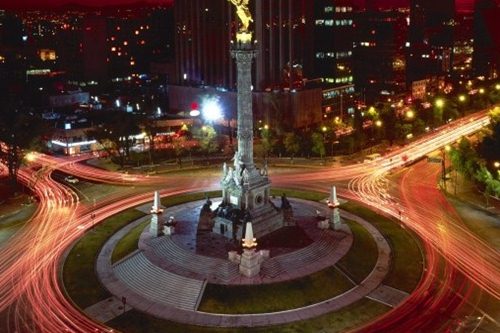 With more than 20 million people and 4 million cars travelling around the streets of Mexico City, traffic has indeed become a part of their daily routine. It is also the largest metropolitan area in the western hemisphere, making it a place for commerce, industry and education in Mexico. The city has the biggest transportation service in Latin America and the even offers the cheapest fair in the world at only $0.23 US dollars or 3 pesos per journey. However, Mexico is about to open its first metro rail transport system that will hopefully diminish and improve the traffic situation in the area. The transportation link will connect Brownsville Texas and Matamoros. Hopefully, this move will be a start of several possible improvements in the public transportation systems in Mexico as a whole. If not, the growing number of private cars travelling around the city will continue to paralyze progress in the area and continue climbing higher and higher in the ranks of places with worst traffic. 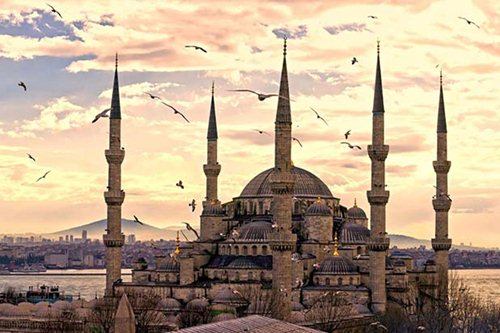 Private cars congested in the roads and highways of Istanbul in Turkey are one of the most common causes of traffic in the city. At least 100,000 new vehicles add up to the number of cars travelling in the streets of Istanbul worsening the current traffic situation and placing the city among places with worst traffic. However, the construction of the Big Istanbul Tunnel is believed to be a solution or will dramatically improve the current situation of traffic in the city. According to studies, the best thing the Big Istanbul Tunnel can contribute to improve the traffic situation in the city is to provide a different route for travelers crossing the metro. If the new metro highway will connect with the other existing rail systems in the city a large percentage of the commuters in the area will be diverted to the new route lessening the traffic in the major road systems of Istanbul. With a faster and more comfortable service committed to the project, around 19% of the traffic will be transferred into the new route. 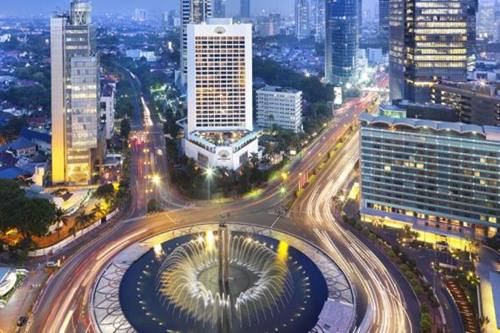 Jakarta is the top city among places with worst traffic. Thirty million residents are already aching and have suffered enough due to the daily traffic they have to endure in Jakarta, Indonesia. The problem with Jakarta is that the government is still failing in controlling or putting a stop to the massive growth of the city. With local infrastructures and public utility systems still underdeveloped for the needs of its residents, the continuous growth of the city has brought the worst dilemma to the country – traffic. With 1,000 cars adding up to the congested pile of vehicles traveling in the city’s street daily, a prompt solution to the worst traffic situation on Earth is still far from the country’s reach. Many believe that a huge mass transport system could solve or at least ease the current traffic situation in the city. The mass transportation project is already 5 years delayed making the gridlock a staple in the daily lives of Indonesians.