The music industry has taken an increasingly influential role in the modern era, affecting at some degree the lives of most of the world population. That’s just how incredibly universal music is. Ironically, we also tend to settle with what we get locally when it comes to music consumption, ignoring a whole world of mainstream music outside our borders. So here I present you a list of the most successful, best and top selling albums from 10 different countries. 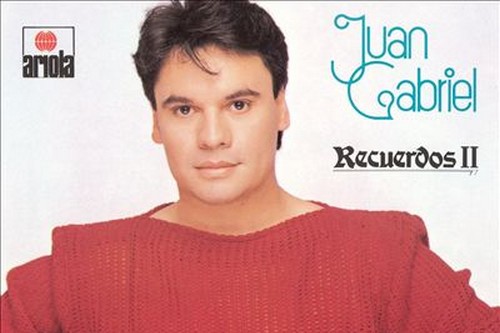 México holds an important role in exporting mass media to the rest of Latin American countries, having famous television icons like Chespirito or huge pop stars like Thalia. But when it comes to the most commercially successful album the spot takes it “Recuerdos, Vol. II” by local artist Juan Gabriel having sold 8 million copies just inside the country. With a population of 112 million this would mean that around 7% of Mexico’s population is in possession of one copy of this album or, in other words, 1 out of 14 Mexicans listen to Juan Gabriel . His later releases failed to duplicate the albums big success, but that doesn’t mean he is forgotten. If you reside or ever visited México or Latin American in general you might have experienced a typical karaoke night with your friend’s relatives singing “Querida”. Sooner or later the song somehow grows into us, and if these countries are your destination, the sooner the better. See also; 10 Desirable Mexican Celebs.

We all remember the 90s for the musical boom of female balladeers like Mariah Carey and Whitney Houston, taking over the world with their love songs. Oh and of course, Canadian mega star Céline Dion. By that time she was also topping the charts with “My Heart Will Go On” and creating a timeless classic in the process. But we usually tend to ignore the fact that she also is one of the most successful singers in the French language. “D’eux” (meaning “of them”, “about them” or “from them” in English), released in early 1995 was awarded with a Diamond Certification and became the bestselling album of all time in France. To date it has sold around 4,412,100 copies in France and around 10,000,000 worldwide; achieving success also in French speaking countries like Belgium, Switzerland and Canada. If you are a fan of 90s love songs and haven’t bought this album, what are you waiting for? You might also end up learning some French, which is handy if we are talking about love. 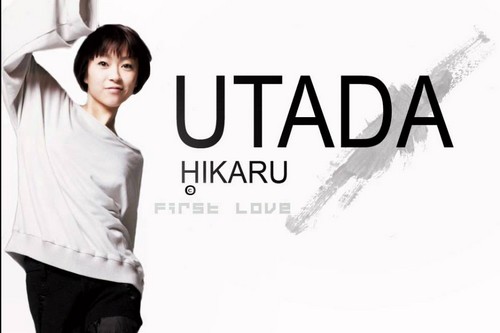 Japan has been one of the biggest markets for the music industry over the years, holding either the first or the second position through the last decade. In such a dynamic and competitive market, Hikaru Utada outshines her competitors. Her debut studio album “First Love” is the bestselling album of Japan with sales of 7 million copies. Other albums by her like “Distance” and “Deep River” also feature in the 10 bestselling albums of the country. In addition to these feats, she is also one of the artists with the most number of million-selling singles, tied with fellow Japanese singers Pink Lady, Namie Amuro and Ayumi Hamasaki; each one of them holding 5. If you’re planning to make it big in the music industry, you might consider moving to Japan. But beware! There is a guarantee that you will face some tough competition, just remember Miss Utada sales numbers. See also; 10 Craziest Japanese Video Games Ever.

Previously on this list we’ve mentioned the influence of Mexican mass media on Latin America, but its reach gets even farther. Way to the other side of the Pacific Ocean, “telenovelas” became incredibly popular on Philippine television, which is the case of “Marimar” and “Maria la Del Barrio”, both starring Mexican star Thalia. Due to the great success that garnered telenovelas in the Philippines, Thalia released “Nandito Ako” which is a compilation album of several popular songs from her appearances on television. Brand new material was also included. The songs were recorded in English and Tagalog, the country’s major languages. The album proved to be a huge success, reaching sales of 1 million copies and becoming the bestselling album in the Philippines. Since then, Thalia has made several visits and concerts in the country and every time she does it causes a big commotion. Now we know that the Philippines and Latin America were not only both culturally conquered by Spain, but also by Thalia as “Maria la Del Barrio”. See Also; 10 Prettiest Young Filipina Female Stars.

Now this is a particular entry, the only religious oriented one in the list actually. It is Father Marcelo Rossi who makes Brazil dance to the rhythm of… the Lord? “Músicas para Louvar ao Senhor” (Music to worship the Lord in English) holds the spot as the bestselling album in Brazil with sales of around 3.2 million copies. Now considering the public the album is intended to get at it’s quite a big number, regarding the country’s decline of catholic followers through the last half century. But even if the influence of Father Marcel over Brazil’s catholic community is clearly strong, those apparently may not be the Vatican’s favorite means to garner believers. During the 2007 visit of Pope Benedict XVI to Brasil, catholic authorities denied him the chance of meeting the Holy See leader. Rossi himself claimed it to be a humiliated experience. Now if being Brazil’s biggest catholic rock star is not good enough to meet the Pope then what does it take to be? 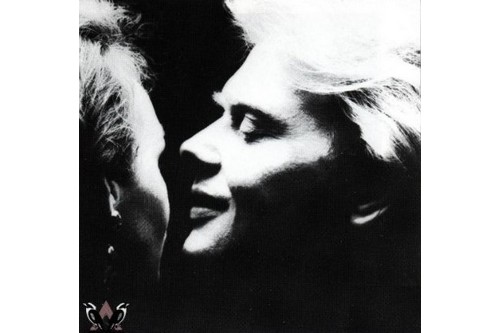 When it comes to music, Australia has a very varied taste. Albums exceeding the 1 million mark in the land down under include varied genre legends like Abba, Pink Floyd and Meat Loaf, but the one who takes the crown is a local. “Whispering Jack” by Australian adult contemporary singer John Farnham takes the first spot with sales of 1, 7 million copies sold and has being certified 24 times platinum . That is more than the total population of Adelaide, which is of 1, 3 million habitants. The amount is impressive indeed, but the success of the album mostly lies within the country. Still, even if his legacy is limited only to Australia, that doesn’t make him any less of a legend. Proof of that is the statue built in his honor at Waterfront City, Melbourne with fellow Australian pop legend Kylie Minogue.

We get to another big music market in Europe, Germany. But unless we are residents of the old continent, the name might sound unfamiliar to most of us. Released by the end of the summer of 2002, “Mensch” (German for human) by German rock singer Herbert Grönemeyer is the best and top selling albums of the country. It was certified 21 times gold and its sales stand at 3,150,000 units. The album received good reviews from music critics, noting a powerful and emotional songwriting that gets along with a marketable sound. Besides language barriers, what really prevents us from enjoying this album as hardcore as Germans do? Who knows, maybe one day Grönemeyer wakes up and decides to record and release a full album in English. But at least for now, unless we dig a little bit more in the European music scene or we learn German; this album will remain within the continent habitants to enjoy. 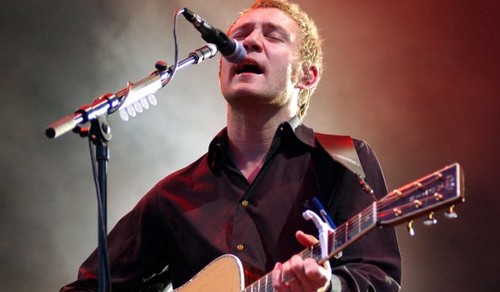 We’ve seen rock, pop, ballads, telenovelas and even catholic oriented albums, but we’ve meet our first folk entry on the list. English indie rock singer David Gray captivated Ireland ears with his album “White Ladder”; to date it remains the bestselling album in the country. After his departure from label EMI Records, he decides to take full control of her career. His next album was self-financed and was recorded it in a London apartment. Initially, the album was shy in the charts and it even took some single’s reissues to enter the charts, but by late 2000 it finally paid off. The album has remained a success since it’s released not only Ireland but also the UK, where it is the fifth bestselling album of the last decade. Gray is living proof that consistency and hard work has its rewards, even if he does not enjoy them as much as we imagine. See also; 110 Best Destinations to Travel After You Graduate. 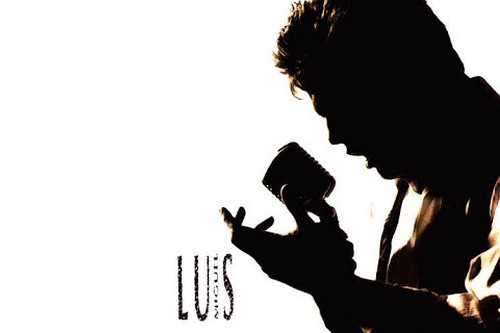 In the land of tango and “asado” (grilled meat) we see another Mexican artist conquering the hearts of the Argentinians. “Romance” by Luis Miguel or “El Sol de México” (“The sun of Mexico” how he is popular referred) is the bestselling album by a foreign act in the country, with sales up to 1 million and certified 16 times platinum. The album is widely popular in Latin America and is renowned as the one that introduced bolero in mainstream music. Released in 1991, it started a period of huge commercial success in Argentina through the whole decade. Each of his releases got multi-platinum certifications. Luis Miguel has also being the recipient of five Grammy awards, the record as the highest-grossing Latin artist tour and countless more attainments to his name. It is not weird that a star of this magnitude tops the bestselling list of albums in Argentina.

Madrid star Alejandro Sanz is often regarded as one of the most beloved Spanish artists of the last two decades. He has shown to effectively master genres like Flamenco and Salsa. This explains why his 1997 release “Más”, became the most successful album ever in Spain, selling more than 2 million units within the country. Memorable hit singles from this album “Y, ¿Si fuera ella?”, “Corazón Partío” and “Amiga Mía” are still being played in today’s radio stations all over Spain and the American continent. There’s something about those raspy vocals that seduced listeners into following him up until these days, not to mention his songwriting skills and his ability with the guitar and the piano. Undoubtedly, such a versatile and multitasked artist like him can take the challenge of reigning over the hearts of Spanish music lovers for as long as he decides to.