If the wriggly grey lizards scampering along the walls creep you out, if you have the chances of passing out if one falls on you when you are least expecting it to, if a lizard catching you off guard can make a scream escape you involuntarily, then this list of the weirdest lizards in the world is likely to be a horror show for you. But then again, you could be one of those who masochists who enjoy being scared and watch horror films with eyes closed. In that case, by all means, go on. Presenting before you 10 Coolest, Weirdest Lizards in the World – Large and Small.

Top 10 Weirdest Lizards in The World. 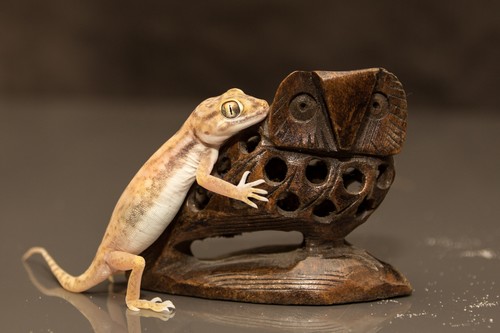 Let’s start the countdown with what is probably the least threatening lizard – the Dwarf Lizard, found in Madagascar Islands in Africa, with its length varying from 14mm to a maximum of 29mm, depending on species. They are mostly newly discovered species, with the Brookesia micra, the smallest, being identified in 2012. They can climb leaves and branches, and have heads larger than the bodies. Aren’t they cute? That is, if you don’t find one perched on your nose when you wake up. 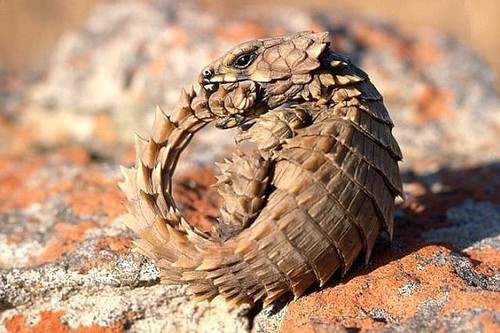 You have to admit – the Armadillo Girdled Lizard is a pretty cool lizard: they look straight out of Pokemon cartoon shows. Found in South Africa, they have an average size of about 7.5-9cm, and have a light or dark brown in colour, which earns them the nickname, golden armadillo. These live in rock cracks and crevices, so you will not easily find them. But if you do, and they feel threatened, they will curl up into a ball, taking its tail in its mouth, with its thick, squarish scales protecting it.

Remember the venom-spitting dinosaur in the Jurassic Park movie, which blinded the adorably cuddle man and then ate him? The Frilled Lizard, found in northern Australia and southern New Guinea has a similar frill around its neck, though its large ruff of skin is quite colourful. If you find it in front of you with its mouth gaping, frill spread and body raised, displaying the bright colours, remember it is more scared than you are. The 85cm lizard spends majority of the time in the trees. 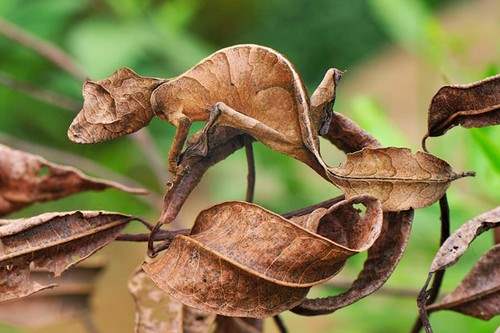 Don’t be surprised: there is actually a lizard that is named ‘fantastic’, though the Fantastic Leaf-Tailed Gecko are also called the Satanic Leaf Tail Gecko. At about 6.6-15cm in length, the Leaf-Tailed Gecko resembles the colour of a withered leaf, and its tail actually looks is flattened and looks almost exactly like a dried and decaying leaf. One of the weirdest lizards in the world with the best camouflage techniques, these are endemic to the forests of the Madagascar Island in Africa.

Mother Nature was so proud of Her scary-looking creations that she decided to give one of them, the Shingleback eastern Australia, two pretty faces. The real head of the Two-Headed Bobtail Lizard has a blue tongue – being a blue-tongued skink – and the other ‘head’, i.e. its stumpy tail resembles its face. This helps to confuse its predators, especially with its rear legs closer to the tail along its elongated body. The slow ‘sleepy’ lizard of 26-31cm is one of the strangest lizards in the world. 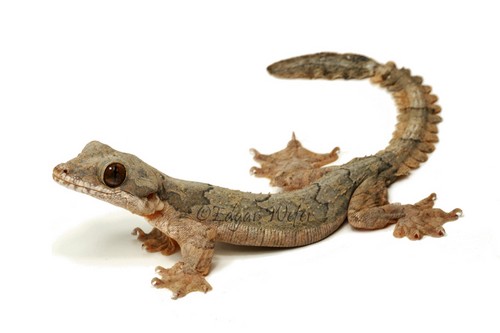 Yes, you heard that right. Your nightmares have come alive in the form of lizards that can fly. If you are getting a mini heart attack, try to breathe, because these weirdest lizards don’t exactly fly – they glide, but up to 60m. Found in Southeast Asian countries, mainly Thailand, Myanmar, etc., the Flying Geckos are arboreal lizards with flaps that help them generate lift and control fall. They are less than 20cm in length, and are masters in the art of camouflage, with their cryptic colouration and membranes. 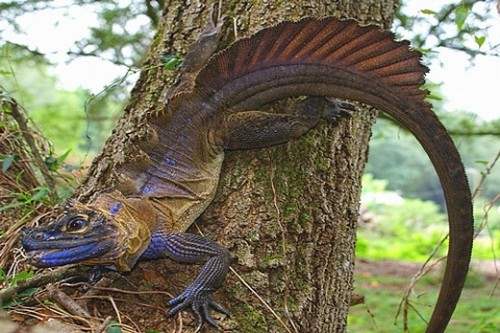 If you do not live in the Philippines, then you don’t need to worry about the Sailfin Waiter Lizard, because they live only in the Philippines. One of the weirdest lizards in the world, they reach to 1m in length. They love to swim in rivers, and live near them. As omnivores, their favourite animals are only the small ones. With their sail-like structure on the tails, and their crests, they appear very Mesozoic. Besides, the lizards, particularly the male ones, show a violet, red or blue colour. 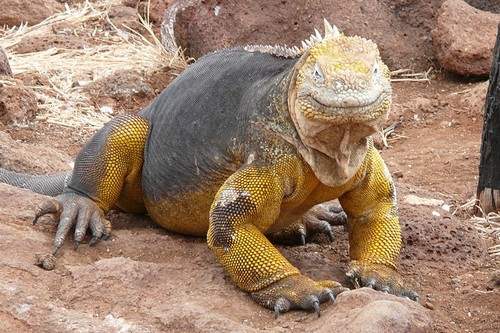 Charles Darwin called Galapagos Land Iguanas “ugly animals, of a yellowish orange beneath, and of a brownish-red colour above: from their low facial angle they have a singularly stupid appearance.” They grow to 1-1.5m, weight about 11kg and bask on volcanic rocks in the Galapagos Islands, mainly Fernandina, Isabela, Santa Cruz, North Seymour, Baltra, and South Plaza. The 5000-10,000 remaining lizards are herbivorous, though some are opportunistic carnivores snacking on small pests or carrion. 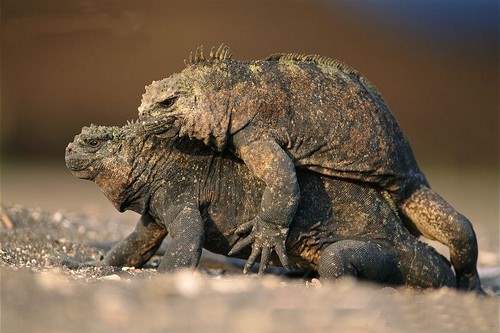 The Marine Iguanas, spread across the Galapagos archipelago, too, repulsed Darwin, who called them ‘imps of darkness’, describing them as ‘disgusting clumsy Lizards’ that are ‘as black as the porous rocks over which they crawl’. These 200-340mm lizards weighing 1-13kg are among the most unique and weirdest lizards in the world, as they live on the rocky beaches and dive as deep as 9m into cold water, because thankfully, they have a diet of algae which they scrape off rocks with their flat jaws. 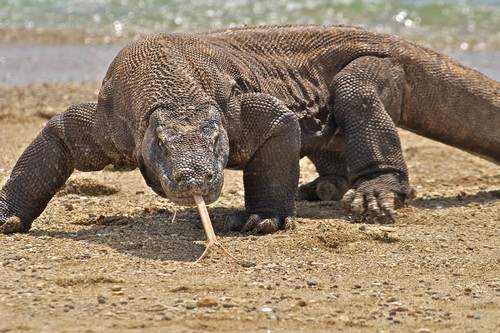 Note the names of the Indonesian islands of Komodo, Rinca, Flores, Gili Motang and Padar, and remember to never go there, because your worst nightmare lives there in the shape of Komodo Dragons, the largest living lizard species, growing up to even 3m, and weighing 70kg on an average. Things get worse. They are carnivorous, have 60 teeth, have blood-tinged venomous saliva, and they do attack humans. Their scaly rugged hide makes them look just like your house lizard, only larger.

There are many, many more weirdest lizards in the world, like the bright and unique Agama Lizards, Gila Monsters, Red-Eyed Crocodile Skink, Lesser Chamelion, etc., or the crude and ancient looking Thorny Dragon, Horned Lizard, etc. Some are not even lizards, but just look like them, like the Baja Worm Lizard. But, let’s not go into any more such details. Chances are you have already had enough fodder for all the nights for the rest of your life, as the round eyes and wide mouths will haunt your dreams. Or, maybe, you will never ever sleep again, because the thought that these creatures are walking the earth in some part of the world even as you sleep, walk, talk or breathe, is likely to convince you never shut your eyes, ever.