‘Fear is not real. The only place it can exist is in our thoughts’. But fear is now slowly compromising the quality of mainstream media and pushing the general public to the social network-an easier way of interacting personally with the celebrities and asking the questions journalists fail to ask. This has resulted in a worrying decline in viewer popularity on their host TV shows. But what are some of these questions that journalists fear asking? 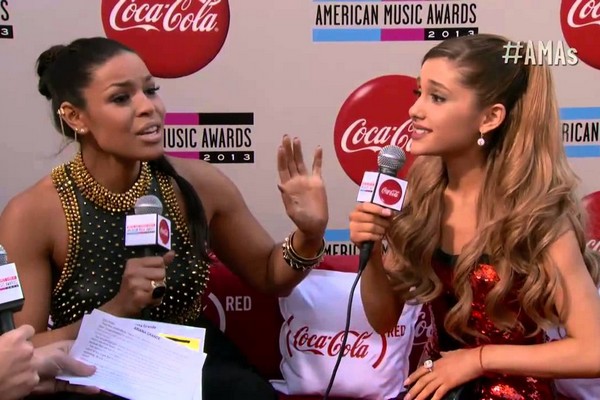 Most of the Celebrities and especially entertainment celebs are drug junkies. Therefore, some even turn up on live interviews and make it difficult for the show host to contain the situation. Of course, you can’t let Mark Wahlberg get away with his drunken flirts on Sarah Silverman after he showed up at Graham Norton show. He even sat on Graham’s lap! Just recently, a former Big Brother Africa actor and a famous East African showbiz celebrity by the alias ‘Prezzo’ appeared on a popular Kenyan TV show, drunkenly flirted with the host and never even apologized for that. One brave gentleman, Oliver Reed after being asked why he drinks, he openly said, “Because the finest people I have met in my life have been in pubs.”

There are times our appetite gets us eating lots of eggs, beef steaks, beans or any protein rich foods out there. Sometimes we eat without caring where we are going. Don’t worry it’s only human to eat whenever the need arises. But when you get the celebrity status and every TV show host is endlessly calling you for a live talk or an interview, then that’s where a nutritionist comes in handy to help you avoid farting in the company of greater audience. But suppose Nicki Minaj unintentionally farts on your show? Would you courageously ask her if she is the one responsible for the studio’s foul smell? My research has it that 99.9% of you would rather pretend like nothing has happened. That would be a good definition of fear if you didn’t get it in my introduction.

8. How many girls or men have you had sex with in your career?

It’s obvious that ‘ordinary’ ladies and men have a high affinity for any celebrity figure. They dream, fantasize and even experience multiple orgasms when they meet them in autograph sessions. That may sound okay, but these celebrities also are humans too. They see a sexy curvaceous lady and its ‘Hallelujah’ time for their insatiable ‘rockets.’ Some have the statistics in their heads while others opt to write a book about it after the fame. Just recently, Kim Kardashian released a sex list of all men she has slept with. What a ****!!

Some celebrities are not straight yet they can’t say it publicly. They may not say due to their country’s tough actions on gays, while some may prefer it to be a secret. But asking such questions may bring out confidence for them to open up their hearts to the camera and the world at large. After widespread rumors on her sexuality and alleged affair with Alicia Cargile, Kristen Stewart was quoted saying “It’s necessary to figure out if you are gay or straight. It’s like, just do your thing”. Recently in Zimbabwe, according to the guardian, two celebrities were tortured by the Mugabe administration amongst them journalist Peter Tatchel for speaking ‘gayishly’ with a gayish anger and protesting with other fellow gays in the city streets of Harare. Here in Africa, gays are viewed as pieces of detritus, and you can’t go asking people if they are detritus unless you want to be ‘Tatched.

6. What is your partner’s name?

I have never understood why most celebrities claim to be single. I used to believe that money and fame comes up with a good happy family. But the fact is that journalists don’t enjoy it interviewing married celebrities. It’s too official, man! So they fear to ask this question as it is the gateway to a boring interview. Celebrities love men and women chasing them in Twitter, and their social handles and journalists understand that. George Clooney and Cameron Diaz have even openly said they prefer living the single life and gave reasons to support their decisions. That’s why after Justin Bieber broke with Selena Gomez, his followers precisely ladies increased by a bigger margin. So was Chris Brown after beating up my amazing girlfriend, Rihanna. Honestly, it still hurts me to date.

5. When was the last time you went for a medical checkup?

Some questions may raise eyebrows. I don’t know how you would react to a person you hardly know came up and popped up this question abruptly. An explicit music video involving celebrities holding and kissing hot models maybe translated negatively. But it’s true that most celebs don’t care an inch since they are so much into earthly pleasures and can’t recall. Thus, their lavish living ends up in anguish. However, it may be positive and rather obvious when asked to Sports celebrities like, Mo Farah, Usain Bolt, and others as they all must undergo regular medical checkups to determine their physical fitness before any race or match. Either way, it’s much better off if not asked.

4. Where did you attend your graduation school?

Ever tried asking a fish why it can’t walk? Well, this sounds like such a question. Most of the celebrities are illiterate and hence the chances are that majority of them even don’t know how to write their names well. No grudge but my Kenyan based athlete celebrities never get to see the gates of high school. Some drop at class six to shape up their talents. How do the BBC guys capture the news when all you can’t hear is one correctly spelt English word? Logic has it that when you meet a person without the right hand, don’t stretch your right arm for a handshake.

Lil Wayne must be having lots of money in this world. In fact, at one time I thought he owned all the United States. This music video he goes robs a bank and starts singing showering police cars with cash instead of bullets, really got me worshipping Lil Wayne in my teenage years. But all the interviews I used to watch, such question has never been asked. Katie Couric never asked neither did Q93.3 FM veteran DJ wild Wayne. Having known Lil Wayne that long he wouldn’t feel a pinch asking the cash money CEO his net worth? But I came to know some questions when asked may glorify a person or a thing at an outstanding heights. It is easier to ask Bill Gates how much he is worth compared to asking Young thug. But generally, this question is so hard to ask as it sounds more investigative and tax guys might be watching. Some are paid not to ask financial questions. Yeah! It’s that bizarre.

2. Do you still live with your mother?

Some if not most of them, are so insecure living all by themselves due to their status. When you attain celebrity status, you don’t want to trust anybody apart from your mother. It is very hard to know the real friend from the fake one. Fame is good, and it comes with a celebrity package. Bob Marley, Michael Jackson, The beetles and others, all achieved five-star celebrity status and until now they are still recognizable brands. But Michael Jackson was a mama’s boy and felt proud about it and so is Manchester United’s goalkeeper David De Gea just to mention a few. Most of them can’t cope with the ‘goodies’ celebrity package comes with and they opt to share it with their mothers and family members. Either way, most end up living in their mama’s house or living with their mama at their lavish Hollywood homes. But it’s so immature and unprofessional to ask such a question especially on male celebrities

A celeb talk won’t be a celeb talk without mentioning Illuminati as many are rumored to have pledged their loyalty to the cult. But what many people don’t know is that it has a hierarchy and Pindar is the leader of earth’s Illuminati, something which is kept secret about. No one knows his name. He is the ultimate power. Fritz Springmeier’s Bloodlines of the Illuminati has shed light on Illuminati. Dan Brown has done an excellent job to help us understand the inside operations of the cult. His pure genius on Angels and Demons and The Da Vinci Code has helped the world understand better about the rapid growing cult. In fact I think he is the reason why there is a widespread video releases on Illuminati with YouTube never showing any signs of disappointing millions of curious viewers. Media might be controlled by Illuminati, so is religion, global finances, military technology and Entertainment industries. Therefore some of these journalists are either members of the cult or they know a friend who knows a friend involved in it. The world is a global village, guys!

Top Ten Mistakes You Should Avoid When Resume Writing