Ghost towns are deserted towns that were once filled with inhabitants like any other place. But sometimes, whether it’s because of a tragedy or an unexplainable reason, people decide to abandon their homes forever. These towns can become an adventure for those who seek a thrill. Check out the top 10 creepiest ghost towns around the world. 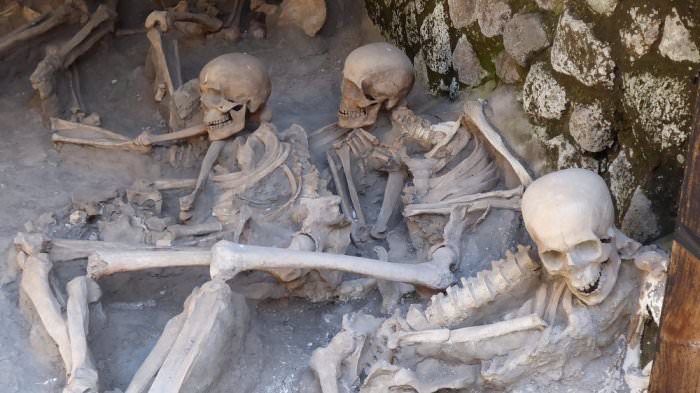 Herculaneum was a Roman town and is a sister-site to Pompeii in Italy. The town was destroyed in 79 AD by the pyroclastic surge of the volcanic eruption of Mountain Vesuvius, the same eruption that destroyed Pompeii. Herculaneum was preserved exactly as it was, and a lot of furniture are still conserved in storerooms.

Herculaneum is as interesting as Pompeii but not as popular. It gives you an idea of how the Romans lived.

Kayakoy, previously known as Lebessos or Lebessus, is an abandoned village nestled against the Taurus Mountains in Turkey. Built in the 1700s, Kayakoy was a home to almost 10,000 of Anatolian Muslims and Greek Orthodox Christians.

After the Greco-Turkish War, which lasted for three years, thousands of Kayakoy residents abandoned their town and fled to Greece. And in 1957, a strong earthquake occurred in the village and destroyed a lot of buildings. Today, Kayakoy remains a deserted town. Almost 500 houses now sit empty and are served as a historical monuments.

Belchite is an old village in the province of Zaragoza in Spain. It’s the most haunted and abandoned town after the Spanish Civil War. Locals from neighboring areas have claimed to hear the cries and the voices of different ghosts in this town.

The reason Belchite is empty is because during the Spanish Civil War, thousands of men, women and children were killed in just two weeks in 1937. The remains of the ghost town were featured in movies such as The Adventures of Baron Munchausen in 1988.

Spinalonga is a Greek island located In the Gulf of Elounda near Crete. In 1904, after the Turks were evicted from Spinalonga, it became a leper colony and anyone with Leprosy was sent there. Once a citizen was diagnosed with the diseases, they would get shunned and mistreated by their communities. Their personal items would be seized and they would be sent to Spinalonga. The island was abandoned in 1962.

Fordlandia is a deserted town in the Brazilian rainforest. Henry Ford, an infamous automobile tycoon arrived to this town in the late 1920s to create the largest rubber plantation on the planet. He needed rubber to make tires for his cars, and with the majority of rubber being held by a cartel of Dutch and English rubber barons, he decided to establish Fordlandia.

Henry Ford hired hundreds of workers and gave them free housing, good healthcare and food. However, employees began to riot and complain about the housing and the strict rules about women and alcohol. The army was called to restore the peace. Moreover, the soil where he planted the rubber trees was found to be unsuitable. Henry Ford ll, Henry’s grandson, sold the land in 1945.

If you have seen the movie ‘Skyfall’, then you will probably recognize this island as it was featured as Raoul Silva’s island. Hashima Island, which means Battleship Island in Japanese, is an abandoned island in southern Japan. It was once a home for over 500 miners and their families.

When petroleum replace coal in Japan, most coal mines shut down, including Hashima’s coal mines. The workers in the island decided to abandon their homes as there were no reasons to stay.

Located in England, south of Dorest, Tyneham is a ghost village that was abandoned on December of 1943. The residents of Tyneham were ordered to leave their village after it was taken over by the military and to be transformed for military training. The locals were promised that they would be able to return after the end of the war, but the government still kept the land for military use.

Bodie is a ghost town located in California, east of the Sierra Nevada Mountain. Not only it is deserted, but also many claim the town to be haunted with ghosts who guard the town. It had a population of roughly 5,000 to 7,000 people by 1879.

Bodie was officially declared as a ghost town in 1915. The last people living there were hired by the Cain family who were the owners of the land of the town. Today, Bodie is an authentic Wild West Ghost town.

2. Island of the Dolls, Mexico

Island of the Dolls might be one of the creepiest ghost towns in Mexico. Located in the South of Mexico, the area around the island has thousands of inhabitants, yet the ghost island is completely deserted. Legends say it that there were a young girl that drowned in this island many years ago. The dolls that are littered around the town are possessed by her spirit as witnesses claim to have heard them talk and whisper and move their heads.

Pripyat is a ghost town that was named after the Pripyat River. The town had a population of over 40,000 before one of the most destructive nuclear bomb hit. The town had to be evacuated the day after the Chernobyl disaster happened, and thousands of people left their homes forever.

The Chernobyl nuclear bomb has caused clocks to stop working immediately. Hundreds of houses were evacuated as people left their belongings and fled the town.