There are women whose contributions means a lot to the world. I must say, coming up with this list wasn’t an easy task, due to the number of women who hold an equal chance of being among the top ten most active women in the world today. These women have proven that they have what it takes to rule the world. As they have had to face many challenges and especially gender discrimination as these fields are mainly held by their male counterparts. The listed below are some of the toughest, smartest and most powerful women. They are politicians, philanthropists, economists and financial investors. 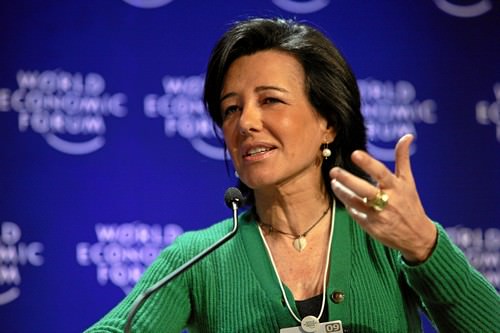 Ana Patricia is a Spanish banker. She was born on 4th October 1960. In 2014, she was appointed by the Santander Group as the executive chairman, making her the fourth in the Botin family to hold this position. She had previously served as the CEO at the Santander based in the United Kingdom, from December 2010. Ana was ranked amongst most powerful women by the Forbes magazine several time. Also, she was named by the Woman’s Hour as the most powerful woman in the United Kingdom. In 2016, she was ranked again by Forbes at number 10 as the most powerful woman in the world. Her net worth is approximately £70m. 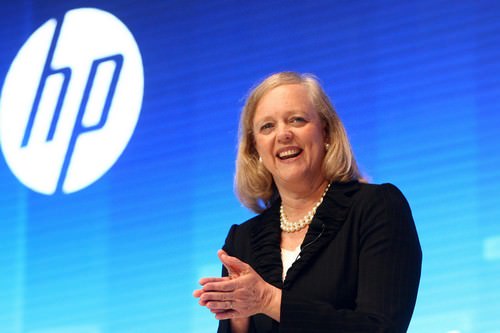 Margaret Cushing popularly known as Meg was born on the 4th of August 1956. She holds a degree in Economics from Princeton and an MBA from Harvard. Meg analysis politics and is also a business executive in America. At present, she is the Chief Executive officer and president at the Hewlett Packard (HP) enterprise. Meg has also served as the Chief Executive Officer and president at eBay between 1998 and 2008. She was ranked by the Forbes at the 20th in 2014 among the most powerful women in the world. Currently, her net worth is $30 billion. 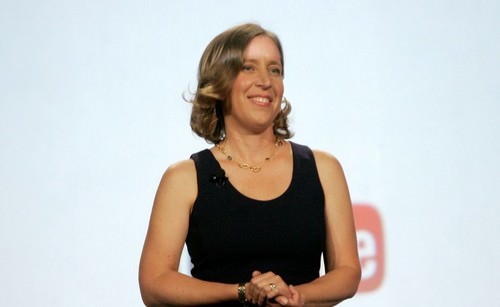 Born as Susan Diane Wojcicki, on 5th July 1968. She is a technology executive in America. She went to Harvard University where she studied history and literature. Susan also holds an MSc in Economics from California University and an MBA from the UCLA Anderson School of management. Since February 2014, she has been the CEO of YouTube. In 2006, she advocated for the acquisition of Google’s $1.65 billion which is currently estimated to be worth $90 billion. Her net worth is now at $410 million. 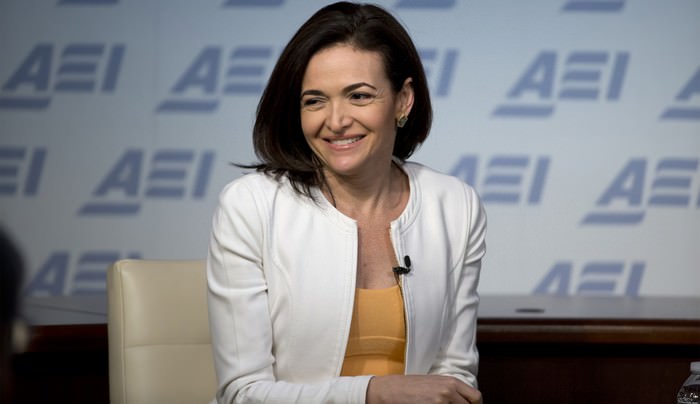 Sheryl Kara Sandberg was born on 28th August 1969. She is an activist, author, and a technology executive. She is the founder of Lean in Foundation and the chief operating officer of Facebook. Sandberg became the first woman in 2012 to serve on Facebook’s board. Previously, she had been the vice president of global online operations and sales at Google. According to the Times magazine, she is one of the 100 most influential people in the world. Her net worth was estimated at the US $1 Billion, because of her stock holdings in other companies and Facebook. 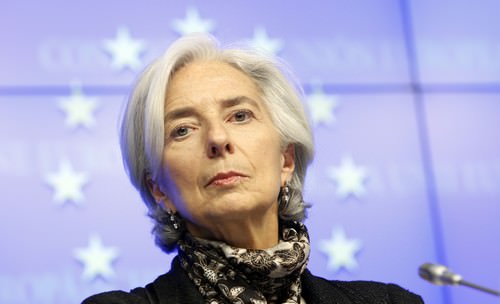 Being ranked at position six as one of the most influential women in the world, Christine Madeleine Odette Lagarde was born on the 1st of January, 1956. Christine holds a Master’s degree in English, law, and labor from the Paris West University. She is a lawyer and a politician and has held the position of a managing director of the International Monetary Fund since July 2015, making her the first woman to lead in the IMF. Lagarde as a politician has served as the Minister of Economic Affairs, Minister of Agriculture and Fishing among others. She was ranked by the Financial Times in 2009 as the best Minister of Finance in the Eurozone. She ranked 6th among the most powerful women in the world. 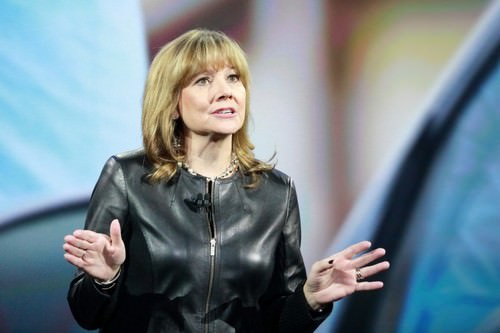 Mary Teresa Barra was born on the 24th of December, 1961. Barra holds a bachelor of science in electrical engineering from the Kettering University. She also holds a Master of business in Administration from the Graduate School of Business in Stanford. She has been the CEO and chairman of General Motors Company since 2014, making her the first woman to become a CEO of a major global automaker. Mary has also been the vice president of Global Product Development, Purchasing, and Supply Chain at General Motors before she became the Chief Executive Officer in 2013. In 2016, she was ranked as the 5th most powerful woman in the world by the Forbes magazine. 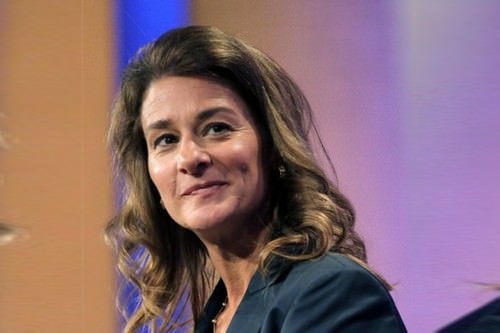 Born as Melinda Ann, on the 15th of August, 1964. Melinda is the wife of Bill Gates – the founder of Microsoft. She is a former Microsoft employee where she served as the project manager for Microsoft Bob, Encarta, and Expedia. She is also an American philanthropist. Melinda holds a bachelor’s degree in economics and computer science from the University of Duke. While at the University, she was also a member of the sorority team Kappa Alpha Theta. She is the fourth most influential women in the world, according to the Forbes magazine. Her estimated net worth is 70 billion dollars.

See also; The 10 Most Powerful People in America. 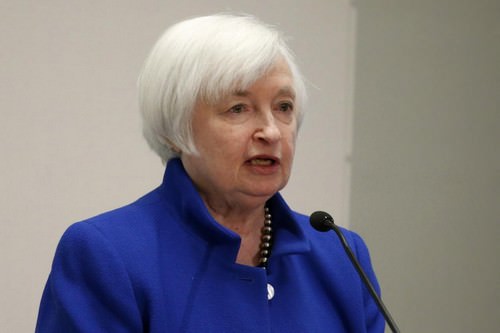 Janet Louise Yellen is the 3rd most powerful woman in the world. She was born on the 13th of August 1964, and she is an American economist. She attended the Pembroke College at Brown University, where she graduated with a degree in economics in the year 1967. Yellen also has a Ph. D in economics from the University of Yale in the year 1971. Yellen is the chairwoman of the Federal Reserve System. She has also been the Chief Executive officer of the Reserve Bank that is in San Francisco. Yellen had also been appointed by the formal US president Barack Obama to be the chairwoman of the Federal Reserve of the US. In 2014, she was at the third position of the most influential women in the world. Her estimated net worth is $13 million. 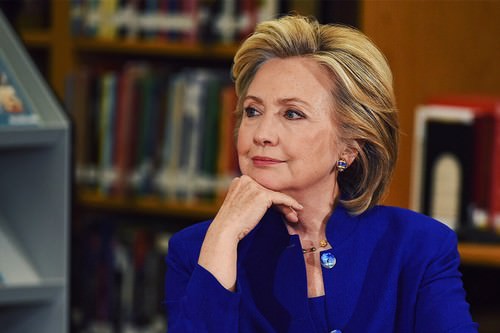 Hillary Diane Rodham Clinton was born on the 26th of October, 1974. She is an American politician and the second most powerful woman in the world. She is a graduate of the Wellesley College in the year 1969. In 1973, she attended the law school at Yale. Hillary was the First Lady of the United States from the year 1993 to 2001. She greatly supported equality in gender and also changes in the health sector. Hillary is also the first female to become a senator in New York. She has also worked as the secretary of state for the administration of Obama where she supported the invention of the US military in Libya. She has run for the presidential seat in the 2008 and 2016. Her current net worth is at an approximate $45 Million. 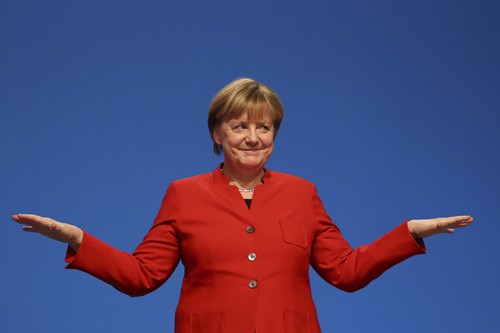 Angela Dorothea Merkel is the most powerful woman in the world, a position she has held since 2006. She is a German politician who was born on the 17th of July 1954 in Hamburg, West Germany. Merkel is the German chancellor. She had a doctorate in quantum chemistry in 1986. She studied physics from 1973 to 1978 at the University of Leipzig. Merkel became a politician in the year 1989, where she was the deputy spokesman for the government of East German. Merkel has also been the leader of the Christian Democratic Union since the year 2000. She has also been the minister for women and youth. Her estimated net worth is $11.5 million.

With no doubt, these are the bravest, powerful women we have in our world today. Their efforts have not gone unnoticed because each one of them has contributed so much in one way or another as we have seen in shaping these world. It is therefore important to recognize women in our societies for their good work and encourage the young generation to follow them.