Being beautiful isn’t the only motivation in a star’s life. They have been known to do anything in the pursuit of looking good. Some are much committed to their job, they will dramatically alter their appearance according to role. Whether it’s about to lose a significant amount of weight or build up massive muscles. Following is a list of 10 actors who went through shocking massive physical transformations to get into the characters for their film.

The 1999 fantasy-comedy film ‘Being John Malkovich’ starred 42 year old American actress Cameron Diaz in the role of Lotte Schwartz, a pet obsessed homely wife of John Cusack. In order to give viewers a completely different version of Diaz, her styling was done in an unusual manner, in which she was hardly recognizable. The Frizzy wig and unflattering outfit made the style diva almost a stranger to the viewers. You may also like; 10 Beautiful Actresses who were Cheerleaders. 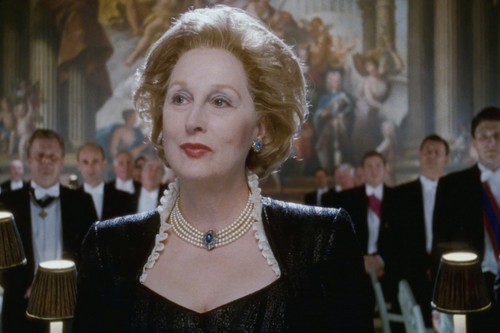 Meryl Streep starred in the 20111 biographical film ‘The Iron Lady’ in the role of British Prime Minister Margaret Thatcher. Now, we all know, she grabbed an Oscar for that, but to look the part, here’s what she had to go through – usage of false cheekbones, painting of wrinkles on cheeks, pulling back her hairline, usage of denture to push out Streep’s top lip, painting of liver spots on her hands, making her veins swell by wearing elastic bands on her wrists, widening of Streep’s nasal bridge with silicone, among others. Woof! Now, that’s something! Here’s another list; 10 Not-So-Dumb Hollywood Celebrities. 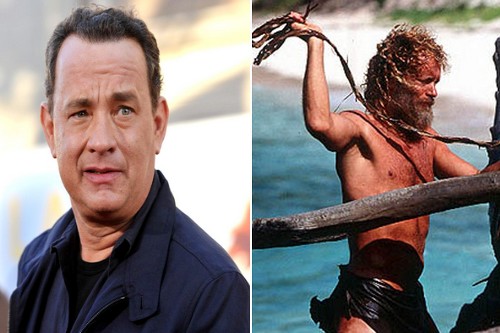 The 2000 adventure – drama film ‘Cast Away’ starred 58 year old American actor Tom Hanks in the role of Chuck Noland, a FedEx employee stranded on an uninhabited island after his plane crashes in the South Pacific. Tom Hanks had to go through heavy transformation for the role. Since the film required him to be shot in various different looks, the film was not shot on a continuous basis. Initially, he gained 50 pounds to get the look of a middle aged chubby man. Then a gap of 12 months was called for, so that he is able to grow back his hair to shoulder length and lose weight. He also was not allowed to shave off his facial hair and had to let it grow in a bizarre and rough way. 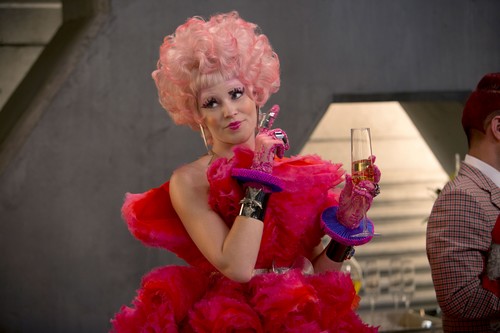 The 40 year old American actress Elizabeth Banks has created quite a fan-base with the ‘The Hunger Games’ franchise. Her character, Effie Trinket, is known for her colourful, wild and bold look, which can be very outrageous at times. With crazy false lashes, painted face, loud hair colours, Effie never fails to get unnoticed. Banks’ unrecognisable look in the film is evident of the huge transformation that she goes through every time she steps into the shoes of Effie. 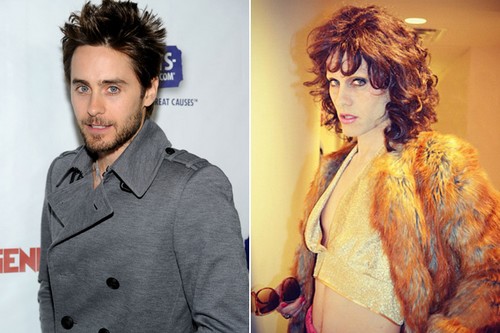 The 2013 biographical film ‘Dallas Buyers Club’ required 42 year old American actor Jared Leto to work his butt off to get into the character of Rayon, a trans woman with HIV. To start off, he had to shed off 30 pounds, shave off his long beard, plucking off eyebrow, shaving off body hair, wore nail paints and fake lashes even when he was not shooting to get into the character and spent an average of 4 hours daily to get the make-up and look of Rayon before filming a scene. 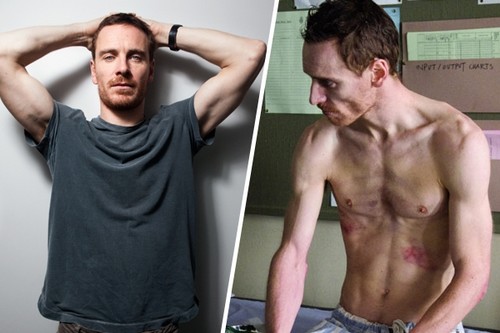 The 2008 British-Irish historical-drama film ‘Hunger’ starred 37 year old German-Irish actor Michael Fassbender in the role of Bobby Sands, a member of the Provisional Irish Republican Army who died on hunger strike while imprisoned at HM Prison Maze. To play the role, for ten weeks Fassbender lived on little more than nuts and berries, starving himself into skeletal shape. He shed 42lb, transforming himself from a well-fed 12 stones to an undernourished nine stones. By fasting under medical supervision, with an allowance of less than half the recommended daily intake of 2,000 calories, he reduced the risk to his health. 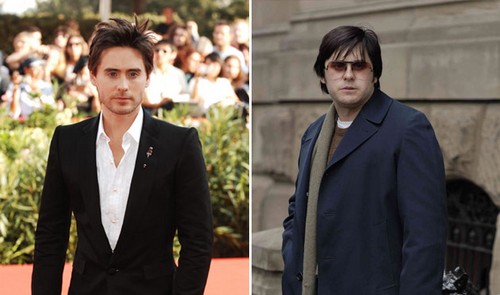 To get into the character of Mark David Chapman for the 2007 biographical film ‘Chapter 27’, Jared Leto gained 67 pounds by drinking microwaved pints of ice cream mixed with soy sauce and olive oil every night. Since, the sudden change of weight needed adjustment with his body, therefore Leto had to rely on wheelchair. No wonder, Leto is the only actor who features twice in this list, which only proves his sheer dedication towards hard work and the eagerness to go to long lengths to meet the requirements of his character. 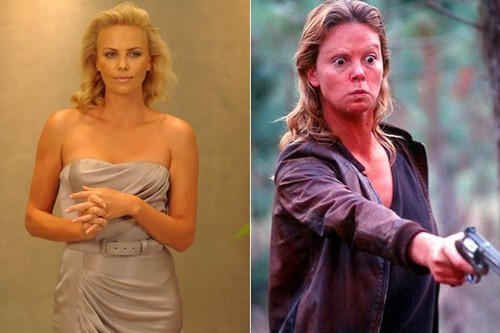 The 2003 crime biographical drama film starred 39 year old South African-American actress Charlize Theron in the role of Aileen Wuornos, a person who was executed in Florida in 2002 for killing six men. Theron gained 30 pounds and had to wear prosthetic teeth for the role, resulting in her becoming absolutely unrecognizable. Her effort paid off, as she vowed the audience and critics with her transformation and even won the Oscar for Best Actress in a Leading Role for the movie. >> 10 Hollywood Celebrities with Traumatic Pasts. 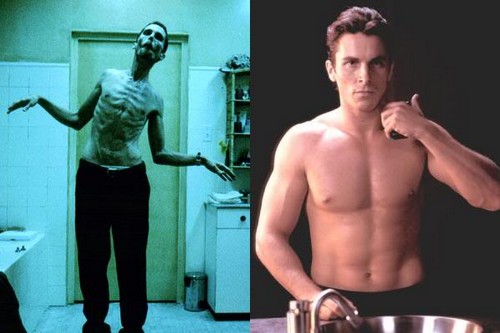 The 2004 psychological thriller film ‘The Machinist’ starred Christian Bale in the role of Trevor Reznik. To prepare for the role and look the part, Bale had to look extremely thin, thus he dieted for four months. His diet consisted of water, an apple and one cup of coffee per day, with the occasional whiskey” (approximately 55-260 calories). He ultimately lost 62 pounds to come down to 120 pounds. Although he wanted to go till 99 pounds, but he was stopped by the filmmaker citing health concerns. >> Top 10 Bizarre Behaved Celebrities On Film Set.

‘Dallas Buyers Club’ once again make it to the list and thus is the only film to do so. To get into the shoes of Ron Woodroof, a real-life AIDS patient who smuggled unapproved pharmaceutical drugs into Texas, McConaughey lost 47 pounds (21 kg) for the role, going from 183 pounds (83 kg) to 136 pounds (62 kg). He stayed indoors in his Texas mansion for 6 months to become paler and ceased socializing. When he reached as low as 143 lbs, his eyesight began to fail. You may also like; 10 Celebrities You’d Forgotten Have Criminal Records.