A prison might not be an ideal place to produce literature but many outstanding works have had their birth in those demented places. Perhaps it is the solitude and time provided by the prison life, a number of writers have come up with some profound works when they were confined to the four walls. Here is a list of top 10 literary works written in prison. 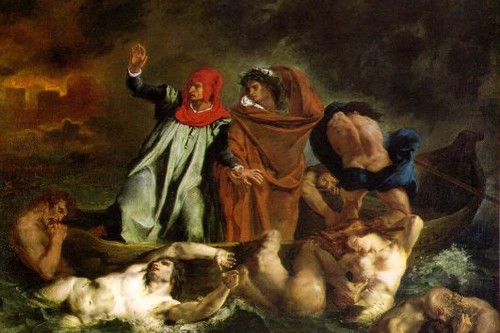 10. Our Lady of the Flowers by Jean Genet

French writer Jean Genet was a regular visitor to prison due to his illegal activities. He was serving prison sentence for theft in 1940s when he wrote Our Lady of the Flowers, his first novel. The novel, published in 1943, depicts the experiences of a drag queen named Divine in the Parisian underworld. The narrator himself is in prison. The novel, which is largely autobiographical, is known for its poetic style as well as the explicit content. The foreword was written by famous philosopher Jean-Paul Sartre.

The Irish writer found himself in prison when his relationship with Lord Alfred Douglas became public knowledge and he was sentenced to two years of hard labor for gross indecency. Confined to the prison walls, Wilde spent his spare time writing a letter to Douglas, which was never published until 1905, after the author’s death. The letter elaborates on their relationship and thoughts regarding self-discovery. It is somewhat more serious than his other writings.

See Also: 10 of The Most Powerful Opening Lines In Novels.

The ruminations of Austrian philosopher Ludwig Wittgenstein on science and reality were composed while he was being imprisoned by the Allied Forces during the First World War. It is one of the most important philosophical works in the 20th century. Wittgenstein was a soldier in the Austro-Hungarian Army and was captured by the Allied Forces. He spent nine months as a prisoner of war.

See Also: 10 of The Most Powerful Closing Lines In Novels.

“Injustice anywhere is a threat to justice everywhere.” These words alone show the depth of the thought process of Martin Luther King Jr. They are taken from the essay ‘Letters from Birmingham Jail’, written by King while serving a nine-day imprisonment in 1963. He was jailed for organizing a protest against racial segregation in Alabama. The essay came out in response to a group of clergymen who published a paper denouncing his methods. It became one of the pillar texts of the civil rights movement.

6. Conversations with Myself by Nelson Mandela

The anti-apartheid activist and South Africa’s first Black president, Nelson Mandela spent 27 years in prison. It was during this period, he wrote an autobiographical work, titled ‘Conversation with Myself’. The book consists largely of his diary entries and letters. It was published in 1994 and served as an inspiration to Mandela’s famous work, ‘Long Walk to Freedom’.

5. History of the World by Sir Walter Raleigh

An explorer, writer and merchant, Sir Walter Raleigh was one of the prominent members of the court of the English queen Elizabeth I. But he fell out of favor with the queen’s successor, James I. He was convicted of treason and locked in prison. He wrote the History of the World during the 13 years he spent in Tower of London. The book is unfinished and questionable, but it remains as an important work. Raleigh was later released to lead an expedition to the fabled El Dorado, but was executed after the mission went unsuccessful.

See Also: 10 Popular Authors Who Were Kinky and Bizarre.

4. The Travels of Marco Polo by Rustichello of Pisa

The Venetian merchant Marco Polo returned to his country in 1795 after completing a 24-year long exploration of the Far East. But he was captured by the army of enemy state Genoa during a battle. While serving in prison, Polo entertained his fellow inmates with stories from his travels. Rustichello da Pisa, an inmate, took interest in those stories and he wrote them down all. Polo was released in 1299 and soon the stories spread around the European continent. The book aroused in Europeans a fresh interest in Asia and influenced future explorers. 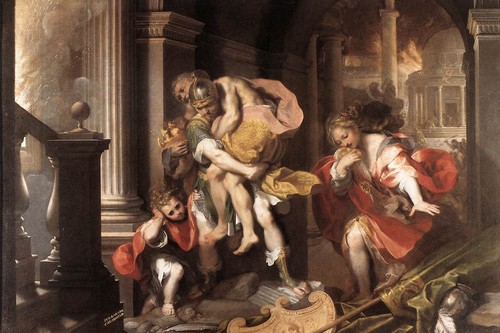 King Arthur and his Round Table has unparalleled stature in English mythology. The most famous version of the Arthurian legend is attributed to Sir Thomas Malory, a knight who led a roguish life, indulging in robberies, kidnappings and rapes. It was while awaiting trial at Marshalsea prison in London Malory finished his book that would introduce to world to the legendary Excalibur and Lady of the Lake. As luck would have it, he was let off before the trial by newly ascended King Edward IV.

One of the landmark works in literature, The Pilgrim’s Progress narrates the journey of a Christian to a paradise called Celestial City, enduring various trials and tribulations. John Bunyan, a separatist preacher, wrote the epic tale while he was being imprisoned by the monarchy for public preaching. Bunyan conceived and composed the work during his 12 years behind the bars in Bedford Jail. He published the book in 1678 and it went on to be a huge success.

See Also: 10 Reasons Why Reading Classics is Difficult These Days.

1. Consolations of Philosophy by Boethius

Anicius Manlius Boethius was an Italian philosopher and statesman who lived in 6th century. He was one of the important members of the intelligentsia but fell out of favor with the empire. He was jailed for treason and sentenced to death. It was while awaiting his end, Boethius composed the Consolations of Philosophy. The book, lauded by many scholars as the greatest literary work born in a prison, is written in a mode of dialogue between the author and Lady Philosophy. The book was one of the most important texts in the middle ages and influenced many a writer.