Temples has existed for thousands of years. They are the proof of cultures and civilization that existed many years ago. With their stunning architecture and structure, they fascinate visitors from around the world. In this list, we will bring you the top 10 oldest temples.

Below is the list of top 10 oldest temples from around the world. 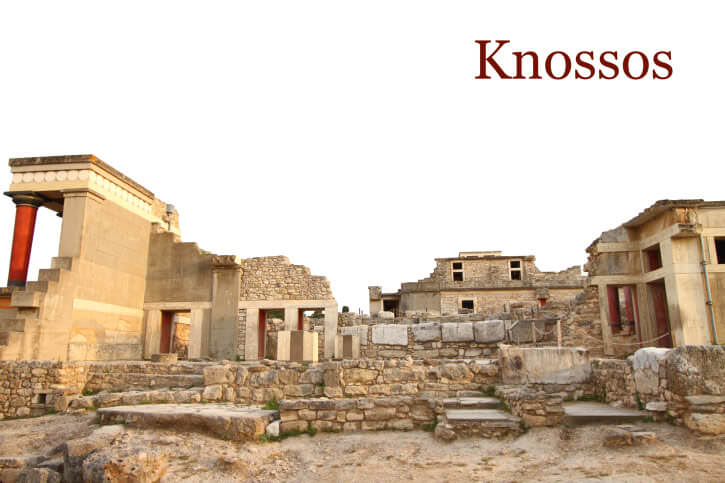 Built southeast of Heraklion, Knossos was inhabited for several thousand years, beginning sometime in the seventh millennium BC and abandoned after its destruction in 1375 BC. The great palace was constructed between 1700 and 1400 BC and the first palace was built around 1900 BC. The function of the site is not exactly known, though it is argued whether it was used as an administrative center a religious center, or both.

The palace was abandoned roughly around the end of the Bronze Age, 1380-1100 BC due to one of many disasters that took place, including earthquakes and a fire. It also one of the oldest buildings in the world. 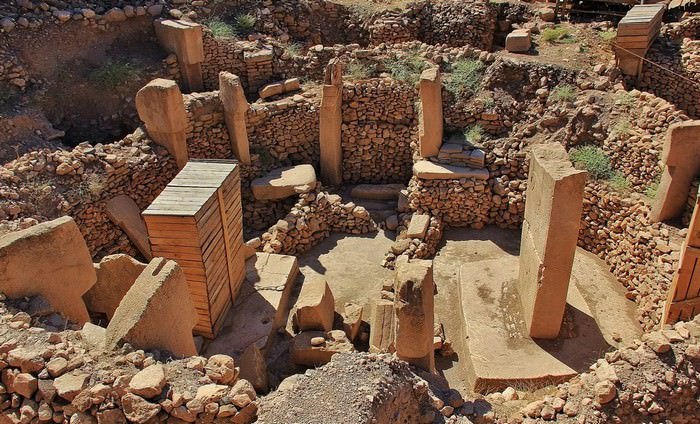 Located on a hilltop in southeastern Turkey, the Gobekli Tepe is considered the world’s oldest temple. Dating back to 10th–8th millennium, making it nearly 11,000 years old. Excavations began in 1995 by Professor Klaus Schmidt, who views the site as a sanctuary. Archaeologists believe it was a site of worship and ritual or religious purposes.

There were carvings on the rock statues, mainly of lions, foxes, wild boars, snakes, cranes, and wild ducks, as well as scenes playing out. The temple’s construction predated pottery, writing, and the invention of the wheel and animal husbandry. There are no traces of domesticated plants or animals. It is assumed hunter-gatherers were the ones who erected the site. 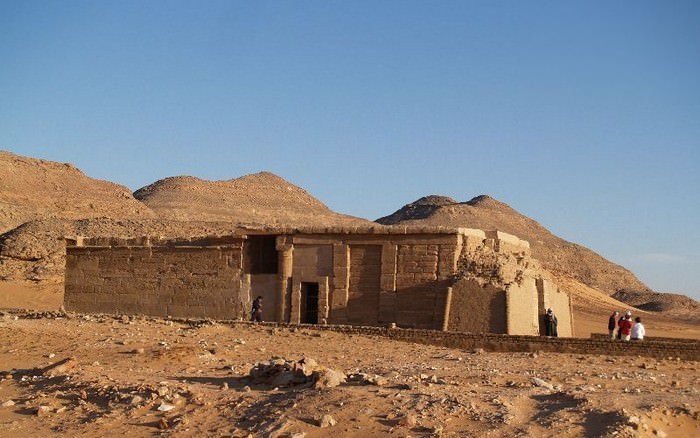 The temple of Amada is the oldest temple in Nubia. It dated back to the 18th dynasty. It was first constructed by Thutmose III and dedicated to Amun Ra and Re-Horakhty. Amenhotep II continued the decoration structure, his successor Thutmose IV put a roof over its forecourt. Later on, Akhenaten had the name Amun destroyed in the temple but it restored by Seti I of the 19th dynasty.

There were two important inscriptions from the Amada temple. The first belonging to Amenhotep II during the third year of his reign. It goes on to describe his ruthlessness during battles in Asia and he personally executed the seven chiefs of the Takhesy district before hanging them upside down from the prow of his boat. The second text mentions the defeat of an attempted invasion from Libya during the reign of Merneptah.

The temple is home to many beautiful preserved features including vibrant colored reliefs.

Older than Stonehenge and the great pyramids of Egypt, the two Ġgantija temples in Xagħra, Gozo, the second largest island in Malta. They stand at the end of the Xagħra plateau, facing towards the south-east and are enclosed within a boundary wall. They are listed on the UNESCO World Heritage List.

Dating back between 3600 BC and 3000 BC, the two temples were dedicated to the Great Mother Earth. Evidence shows that there may have been an oracle there. The name Ġgantija derives from the word “Ġgant”, the Maltese word for giant as the folklore believed this edifice was the work of a giant, who built it while nursing a child.

Not a lot is known of the religious ceremonies that took place there, but they are believed in include animal sacrifices and liquid offerings poured through libation holes. The site may have been a fertility cult.

The two temples were built between 3600 BC to 3200 BC. The Hagar Qim temple, located on the southern edge of the island of Malta. There is approximately 500 meters of distance between Hagar Qim and Mnajdra, a megalithic complex. In 1992 UNESCO recognized these structures as UNESCO World Heritage Sites.

It is speculated that the temples were used for astronomical observation or as a calendar. There are no written recorders that say the purpose of these structures, but as the remains of animal bones were found, along with sacrificial flint knives and rope holes. The temples were not used as tombs as no human remains were found. Suggesting that the structures were used for religious purposes.

The Mnajdra consists of a main temple and three megalithic structures beside it. The largest megalith is about 7 meters high and weighs around 20 tons. It consists of three conjoined but not connected temples.

Located at Abydos on the bank of River Nile. It was built in 1279 BC towards the end of Seti I’s reign. It is believed that his son, Ramesses II, may have completed the construction. The temple was dedicated to Osiris and has seven shrines, each for an Egyptian deity (Horus, Isis, Osiris, Amun Ra, Ra-Horakhty, and Ptah).

The most notable thing about this temple is the Abydos King List, which is carved on a wall in the temple. The list contains the names of 76 kings of ancient Egypt.

Located in Malta, this temple was accidentally discovered in 1902. It is entirely underground and originally thought to be a sanctuary. The remains of over 7000 people were discovered, and a range of objects like amulets, beads, pottery, stone and clay heads. Shell buttons, and carved figurines of humans and animals. The most remarkable discovery was of a clay figure called the Sleeping Lady, which was thought to represent a mother goddess.

It is believed the site was first used as early as 4000 BC and abandoned 2500 BC. Today it is a UNESCO World Heritage Site. Also, it is only allowed a number of visitors a day and reservations have to be made weeks earlier.

The Mortuary temple of Hatshepsut is located on the western bank of the Nile. It was designed by Queen Hatshepsut’s chancellor and architect, Senenmut. It took a total of 15 years to build, between the 7th and the 22nd years of Hatshepsut reign, who ruled from 1479 BC to her death in 1458 BC. The temple was built to commemorate her achievements and to serve as a funerary temple for her and as well as a sanctuary of the god Amon Ra.

Situated on the east bank of the River Nile, the temple of Luxor is one of the most ancient Egyptian temples. Though now a tourist attraction, it was first dedicated to the three Egyptian gods Amun, Mut, and Khonsu-also known by Chons and for the annuel Opet Festival, one of the most important religious festivals in ancient Egypt.

Located in Wiltshire, England, Stonehenge is one of the world’s most famous and oldest structures. It is believed it was built from 3000 BC to 2000 BC. It’s construction was divided to several phases, at least three.

Stonehenge consists of a ring of standing stones. Each standing stone around 13 ft tall and 6 ft 11 wide and weigh 25 tons. It is unknown what civilization made this structure as they left no written records. Also, we doesn’t know the exact purpose Stonehenge was built for. It is widely believed that the monument was used as burial ground or ceremonial complex or temple of the dead.