In the modern day, pigeons have gained a terrible reputation. Most people view them as silly birds that only exist to infest city streets and spread disease. Some people even go so far as to call them ‘rats with wings.’ However, several aspects of this reputation may not be rooted in fact. Pigeons are capable of amazing things that many people are unaware of. Here are 10 facts about pigeons that may challenge your view. 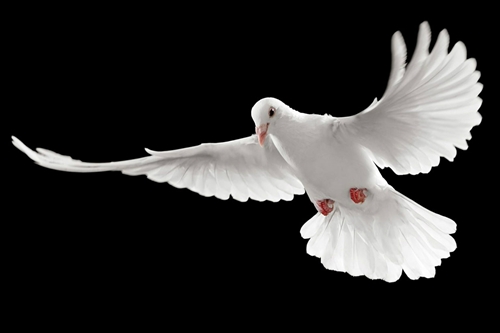 Homing pigeons have gained quite a reputation for their ability to find their way back home. How do these birds do it? There may be a few answers to that question. In order for a homing pigeon to find its way back home, they have to rely on two things: their “map sense,” where they take cues from landmarks and smells to determine where they are, and their “compass sense,” in which they rely on the movement and positioning of the sun to navigate. If either of these senses are disrupted, the birds will be unable to find their way home easily.

Humans may be able to relate to the concept of a ‘map sense,’ in that we, too, have a tendency to rely on landmarks to find our way home when lost. ‘Compass sense’ is where it gets interesting. How does it work? Some research has shown that a pigeon’s ability to home can be disrupted if they are kept under artificial lighting. In addition, homing pigeons have a literal internal compass, believed to be located somewhere around the front of their head or nose. This ‘compass’ reacts to the magnetic fields of the earth and acts as another tool to help them find their way home.

9. Pigeons Are Able To Compromise 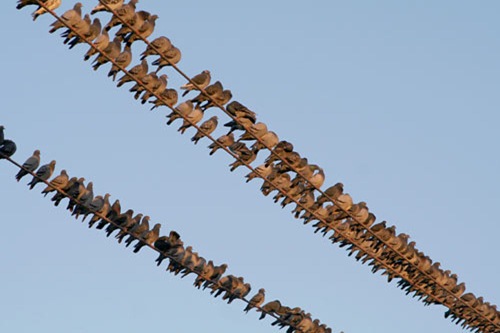 Birds of a feather really do flock together, research has suggested. A study conducted at Oxford University armed homing pigeons with miniature GPS devices to track their flights. During the flight of these pigeons, the birds were faced with a choice: they could follow their noses and head directly home, or they could travel together with another pigeon heading in a similar direction. Amazingly, if both pigeons were on a path that was close enough together, the two would compromise with one another and choose a route that was in-between their destinations. Conversely, if both pigeons were heading to two completely different places, the pigeons would not compromise. Instead, one pigeon would act as a “leader” to their destination while the other gave in and followed.

Among the most interesting facts about pigeons, it’s worth noting that the birds who traveled together reached their destinations much more efficiently than the birds who would fly home alone. This suggests that homing pigeons are able to make group decisions and compromises that can benefit them in flight. 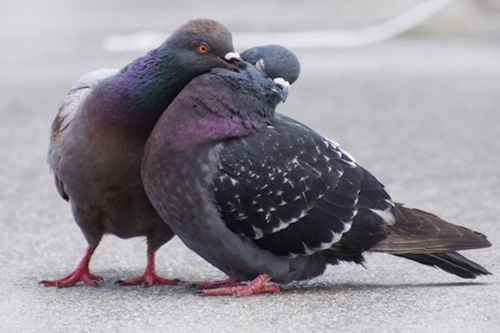 One of the most amazing facts about pigeons came out in a research and few years ago. According to a 2011 study, feral pigeons are capable of recognizing human faces– and they’re very difficult to fool.

In this study, two researchers of similar physical appearance wore lab coats in two different colors into a park. There, they each treated the pigeons extremely differently. One was calm, allowing the pigeons to eat, and the other was aggressive, chasing the birds away while they tried to eat. Afterwards, the two researchers returned to the site and neither of them tried to chase away the birds. From that point onwards, the pigeons would avoid the one researcher who had chased them off in the past. Even when the researchers swapped their colored lab coats, the pigeons were still able to determine which researcher had chased them off in the past. This suggests that the birds were able to tell the researchers apart by their facial features alone. 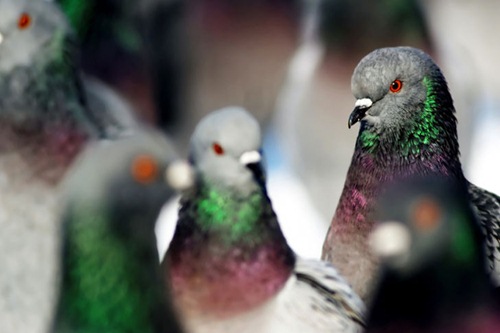 Among the other not-so-known facts about pigeons, did you know that the bird have a remarkable capacity to remember things. The study on facial recognition mentioned above is evidence of this. That study was repeated several times with similar results. The pigeons remembered the researcher who had chased them away on one occasion, and they continued to remember the researcher when they returned later, even in different clothing.

Another study further tested the long-term memory of pigeons. A study conducted at the Mediterranean Institute of Cognitive Neuroscience measured the memorization skills of pigeons and baboons against one another. Both the pigeons and the baboons were given a picture and a color, and were trained to remember which color was associated with each picture. The pigeons were able to memorize anywhere from 800 to 1200 picture-color combinations. While they weren’t able to remember as many combinations as the baboons were, they still remembered an admirable amount. Studies in the last few years have shown that pigeons can comprehend simple, abstract math. They are capable of numerical reasoning, an ability that was previously believed to only be held by primates. In a study, three pigeons were given three sets of objects. One set contained one object, another contained two, and the third contained three. All objects in the sets were a variety of shapes and colors. The pigeons were then trained to peck at the sets in ascending order, pecking the set containing one object, then two, then three. Once they had learned to do this, the pigeons were presented with nine sets of objects, each set containing 1-9 objects respectively. These pigeons were able to correctly select the sets in ascending order, despite having only been trained to organize three. This study showed that pigeons are capable of understanding ordinal numbers and sequences. Pigeons doing math came at number six among facts about pigeons.

5. Have A History Of Assisting Humans During Wartime 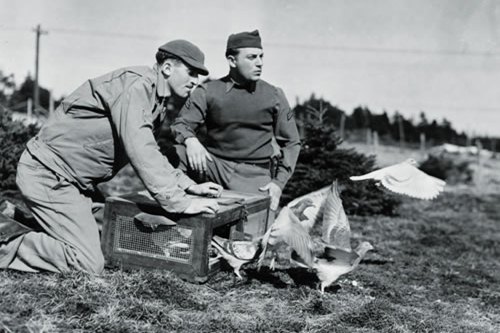 There are many things that tend to get left out of the history books, and pigeons are one of them. Here’s a story that’ll let you in on one of the most remarkable facts about pigeons. During the Franco-Prussian war, Paris came under siege. In 1870-71, pigeons were smuggled out of the city in balloons and later used to transmit messages across France. This was not the first time that the talents of the pigeon have been used during wartime: doves were used to transport important wartime messages as early as 2500 BC in Sumer, Mesopotamia.

Homing pigeons were used extensively over the course of World War I, since messages transmitted via carrier pigeon traveled faster than telegraph messages at the time. Due to a variety of factors, less than 10% these birds survived. Many of those that did survive were awarded medals. The Dickin Medal is a medal which is awarded to animals that have shown admirable bravery during wartime. 55 Dickin medals have been awarded so far, and out of these, 32 of the recipients have been pigeons.

4. Are Capable Of Superstitious Behavior 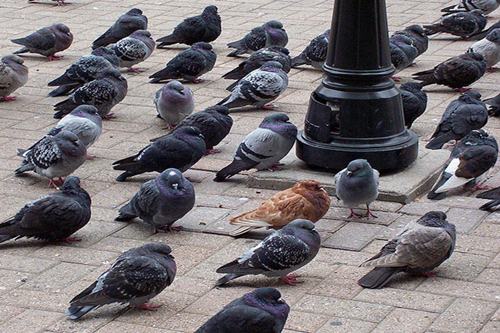 In 1947, Skinner published a study in which several low-weight pigeons were placed into cages and were given food at regular intervals. The food was presented with no regard to the behavior of the pigeons, and yet, six out of eight of them displayed interesting behaviors anyways. For example, one bird would stick their head into the corners of their cage repeatedly, and another would spin counter-clockwise in their cage. Most of these behaviors were only done in certain areas of the cage. It can be concluded that these birds may have believed that performing these actions would cause them to receive food- even though they would be given food regardless of whether or not they performed these actions. This study that revealed one of the most astounding facts about pigeons, they showed that pigeons can become superstitious, just as humans can.

3. Living Relatives Of The Dodo 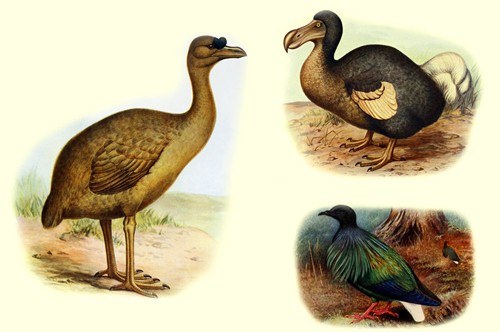 DNA analysis has shown that the extinct dodo bird belongs in the same family as pigeons and doves. Its closest still-surviving relative is the colorful Nicobar pigeon, native to Southeast Asia and the Nicobar Islands. Prior to this discovery, family classification of the dodo was difficult, given its unusual physical characteristics. Bet you were not aware of this one!

2. Pigeons Can Be Extremely Colorful 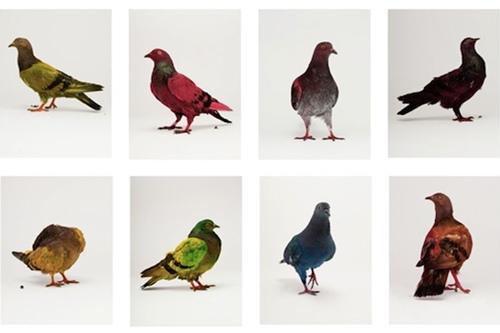 When you think of the word ‘pigeon,’ what kind of bird do you imagine? Do think of the medium-sized, gray birds that hobble around in city streets? Most of us do. However, those are only one kind of pigeon. Pigeons and doves exist all over the world, and many of them are shockingly beautiful. Fruit doves, for example, are a group of doves and pigeons that often display vibrant hues of green, yellow, and red.

1. Present In Human History For Thousands Of Years

Earlier we covered the important roles that pigeons have played during wartime. Surprisingly, pigeons have been our companions all throughout human history. The first actual documentation of the domestication of a pigeon was found on a cuneiform tablet from Mesopotamia, almost 5000 year ago. Even in Egypt, the remains of pigeons have been found alongside those of humans.

Across history, pigeons have been used as a religious symbol. They have been both celebrated and sacrificed in religious practices. While the common rock dove may have an unsavory reputation in the modern day, pigeons have been alongside humans before we could even write about them. With some luck, they’ll be with us long into the future as well.