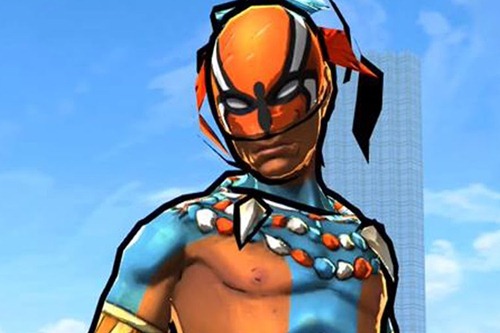 Anansi’s stories come from West African folklore and is common among the Ashanti people of Ghana. The stories that they tell vary in their telling as there is no officially written account of his myth, however they all tell of his shape-shifting abilities. In a way you can think of him as the original spider-man. In the tales told of Anansi, counted among the most infamous mythical tricksters, he is depicted as a wise trickster who uses his wit as a way to get what he wants out of animals that are bigger than him. His preferred way of manipulating others is using their own desires against them such as when he convinced Nyame to give night and rain to the human race. 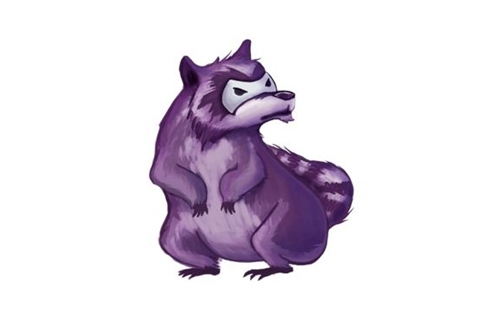 Azeban is a deity who took the form of a raccoon and also one among the most popular mythical tricksters. His tale was told among the Abenaki and Penobscot Tribes. He was not a particularly cruel god and went about tricking people for laughs rather than to harm anyone. The most common tale told of Azeban is the one that explains how the raccoon came to have black rings around their eyes.

In this tale, he came across two blind men who decided to leave town and take care of themselves so as not to be a burden to anyone else. Another God called Glooscap took pity on them and provided them with a rope and bucket to help them fetch water. Azeban saw this gift as an opportunity for mischief. He moved their bucket from the water into sand and when the first blind men pulled on the rope, he got nothing but sand leading him to believe that their river had run dry. When the second blind man went to fetch water, Azeban replaced the bucket in the water. He’d come back with a bucket full of water and blame his friend for being lazy.

This caused them to fight and eventually Glooscap came along to mediate their quarrels. He saw Azeban rolling on the ground, laughing his heart out and decided to teach the raccoon a lesson. He took hot coal from the fire and marked black circles around Azeban’s eyes and tails. He still has them to this day so that everyone knows he is a bandit. 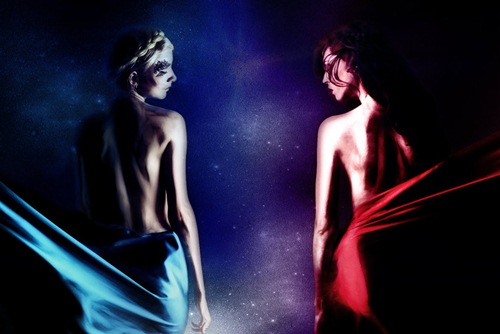 Apate is goddess of Greek mythology who was credited as the spirit of deception and fraud. She kept in similarly deceitful company as her companion was Dolos, the spirit of trickery and her foe was Aletheia the spirit of truth. It’s weird for a goddess to feature among infamous mythical tricksters! 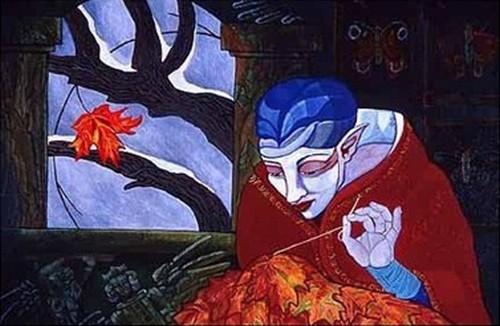 Daucina is a deity who was known for his prowess at seducing women. He used lies and half-truths to work his way into the beds of women who could not help but resist his charms. Victims of his seduction are said to suffer from long-term health problems if they continued to sleep with him. Therefore young women were warned to avoid Daucina and identify him by his unnaturally cold penis. He was also Fiji’s sea-faring God. Clans that wished to attack nearby villages would evoke his blessing. Word has it that Daucina would then go into the target village disguised as a fisherman and sell them fish. He would then go back to first clan and promise that they would kill as many of their foes as he had buyers. 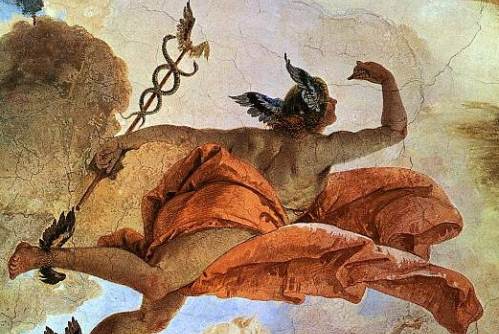 The Greek god Hermes was known to be many things including a messenger, a thief and one of the greatest mythical tricksters. Legend has it that he was born of a nymph named Maia and was sired by Zeus, the King of Olympus. Hermes is often shown to be fast, which is why he was given the task of delivering messages as no other could move with such pace. However he was always at odds with other Gods as he had a habit of deceiving them.

His most infamous act of mischief was when he stole Apollo’s herd of cattle. To keep the Sun God from tracking where hid them, he gave each of them four boots. Apollo never found his cattle but he knew that Hermes was responsible. He took Hermes before Zeus to answer for his mischief however Zeus simply laughed it off. This act of thievery is why Hermes came to be known as the patron God of shepherds and thieves. 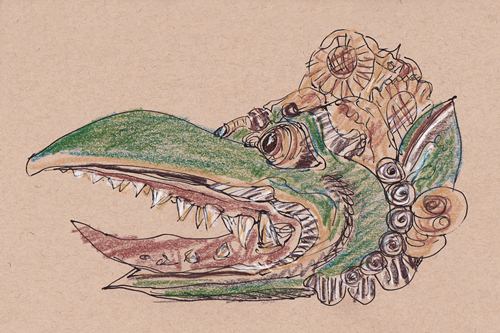 The Tengu are supernatural beings from ancient Japanese religions. They are often depicted as forest goblins. They have the ability to shape-shift into a variety of human or animal forms and can teleport instantly from place to place. They gained a reputation for being skilled in the art of war and proud mischief makers. Their targets of choice when being naughty were egotistic people and Buddhist priests who had forgotten their devotion to being pious. Tengu came at number five in our list of infamous mythical tricksters. 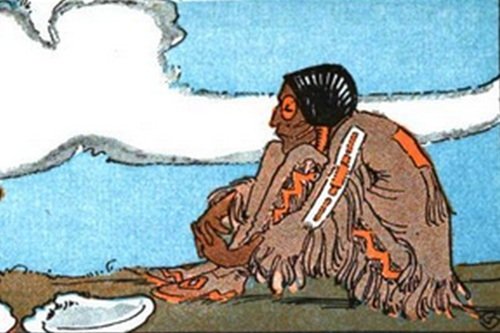 Iktomi is impish creature with a playful personality who was popular among Dakot traditions. His playful nature often landed him in dangerous situations which he would use his wit to get out of.  One of the more popular Iktomi-tales is the one of how ducks got pink eyes. Hunting is not something that he was proud to do. He preferred to use snares and tricks to catch his prey.

One day he walked by the lake, hefting his beautiful blanket as if he had something special inside. The ducks got curious and asked him about what was inside. He claimed that they were songs and when he opened up the magic blanket, sweet melodies came out of it. The ducks were delighted to hear the songs that Iktomi delivered in his blanket. They started to sing along and he convinced them that for the songs to continue they must sing along with their eyes closed and if they opened them before the song was done they would turn red. The ducks obliged and sang along but one young duck could not help but open them. When he did he saw half of his brethren dead with their necks snapped. He raised the alarm and the remaining ducks opened their eyes and flew away but the magic curse of the blanket held true and all of their eyes turned pink. 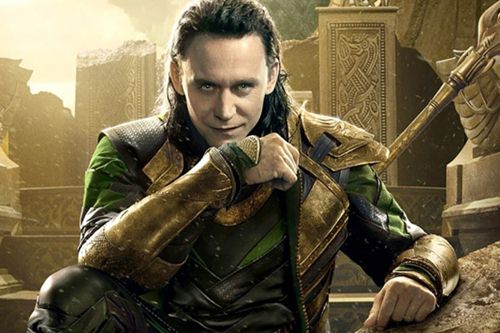 Loki is perhaps the most well-known of all mythical tricksters. He is a pivotal member of the Asgard, the realm of Norse Gods, however his relationship with his fellow gods is a strained one. This is due to his disregard for the well-being of his fellow gods. His immediate relations are not held in high esteem either, with his daughter being the goddess of the grave and his son is Jomungand, who is credited with slaying Thor.

His disregard for the proper way that things should be done extended to defying the laws of nature by becoming the mother of Sleipni after he shape-shifted into a mare and allowed him (her?) self to be impregnated by a stallion named Svadilfari. This among other foul deeds is why he gained a reputation for being a shallow coward with only his own interests ever in heart. He may occasionally help others but only when their interests run parallel to his own. Loki’s distasteful demeanor and being counted among the most infamous mythical tricksters left no record of him ever being worshiped has survived to date. 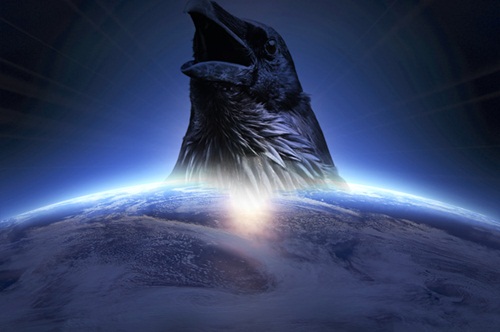 At number two in our list of mythical tricksters is Kutkh, a god from Eastern Russia who took the form of a raven. He is hailed as the deity responsible for bringing light to mankind and teaching them how to speak however he did none of this because he loved mankind. He did it to amuse himself because he thought it would be funny to see humans speak the way gods do. Kind of like when you teach a parrot to say human things. Just like most trickster deities practically no-one worshiped him. Not that he cared as he had a scornful distaste for the beings from the heavens and considered the other Siberian Gods to be pompous. 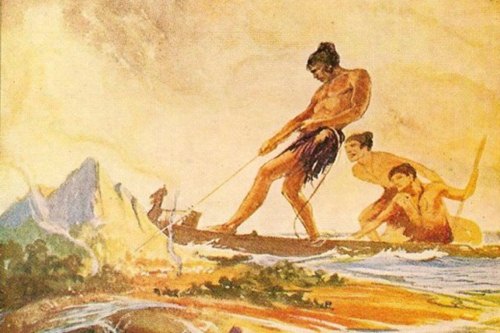 Maui is an oceanic trickster god of Hawaiian origins. His mother never liked him from the day he was born. By the time he came along she had so many children that she often forgot his name and so would refer to him as Maui which means ‘thingy’. His mischievous ways started when he was young. He had the annoying habit of taking his brothers’ fishing lines and hooking them on to each other. This and his other tricks got him in trouble with his mother who sent him to his father Mekea, the King of the Underworld, to deal with him.

His father was happy to see his son a blessed him a magical fishhook. When he went back home he tried to go fishing with his brothers using his new fishhook. They resisted at first but he convinced them to let him join them. One day while they were fishing he got a big catch, only to pull it up and find that they were islands which came to be known as Maui. This big catch got to his head and he began to boast about it. The pride led him to try more audacious pranks such as hooking the sun with his magic hook and making it move slowly.

His pride and trickery proved to be his undoing. One day he came across the goddess Hinenuitepo who was a very large lady and thought that it would be funny to walk through her body from one entrance to the other as she slept. As he attempted to sneak in between her legs, she woke up and smashed her legs together. That was the end of Maui.