Remember when we performed poorly in our class test and when confronted, told our parents forthcoming annual sport event to blame as we had to practice a lot. Well, let’s say thank to lady luck because our parents didn’t know back then about these fine men who played and studied at the same time like nobody else. Before our own children also start to give same excuses and get away like we did, let’s just start reading about 10 men who killed it in both classroom and field – 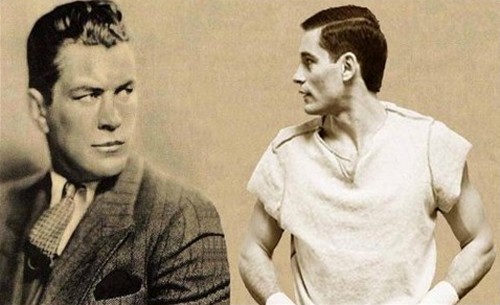 A former marine, Gene Tunny used his mind both inside and outside of the ring. Gene was a cunning and calculative player who carefully mapped out his moves like chess. His quick wits, agility, devastating and lighting fast jab helped him to win 65 out of 68 matches (48 KO and 1 loss). He did own a very strong chin, he was never knocked out, and knocked down only once during his match against Dempsey. During his career he defeated iconic boxers like Jack Dempsey (1926 and 1927), Tommy Gibbons, George Carpentier etc. He was elected as Ring Magazine’s first-ever Fighter of the Year in 1928 and later elected to the World Boxing Hall of Fame in 1980, the International Boxing Hall of Fame in 1990 and the United States Marine Corps Sports Hall of Fame in 2001.

Tunney was a self taught man who voraciously read writings of Shakespeare, Somerset Maughan, and George Bernard Shaw. “Boxing Brainiest Champ” also published a book called “A man must fight. Gene Tunney also lectured at Yale University on Shakespeare’s little known Troilus and Cressida and one is one of those men who killed it in both classroom and field. 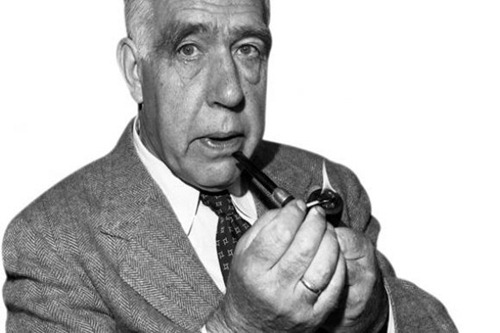 Niels Bohr was a physicist whose theories on the structure of atoms, particularly the Bohr model of electrons traveling in discrete orbits around the nucleus of an atom, won him the Nobel Prize in 1922 at the age of 37. At the age of 23, he was awarded a gold medal from Academy of Sciences in Copenhagen for solving a science problem posed by the organization. Bohr was also mentor to Werner Heisenberg, the physicist who discovered the ‘Uncertainty Principle’ and was awarded the 1932 Nobel Prize in Physics. Bohr’s son Aage would be one of three recipients of the Nobel Prize in Physics in 1975. He was also part of the team of physicists working on the Manhattan Project. His accomplishments in Physics are astounding enough, but he was also a professional soccer player. He is one of those men who killed it in both classroom and field. He and his brother Harald both played for Akademisk Boldklub , a Danish soccer club. Bohr played goalkeeper for the team. 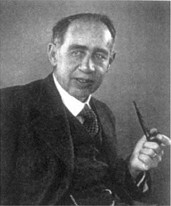 Harald Bohr, a famous mathematician, was the brother of Niels Bohr and can be regarded as one of the 10 men who killed it in both classroom and field. After receiving his doctorate in 1910, he became an eminent mathematician, founding the field of “almost periodic functions”. In 1915 he became a professor at Polyteknisk Læreanstalt, working there until 1930, before taking up professorship at the University of Copenhagen. He remained in this post for 21 years until his death in 1951.

Apart from his findings in mathematics, he was a fine footballer. He started his football career at Akademisk Boldklub with his brother Niels Bohr. Harald was selected to play for the Danish national football team in the 1908 Summer Olympics. Denmark finally lost their final match against England and Bohr and others members of team were awarded silver medals. He was so popular that when he defended his thesis, a large number of audiences were football fans. 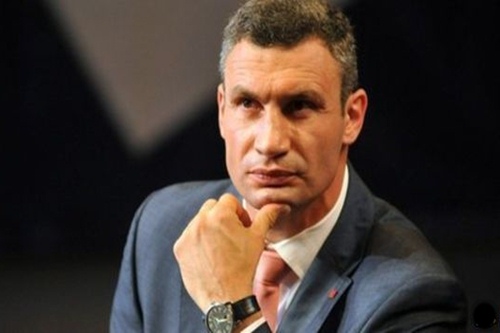 Vitali Klitschko or Dr. Ironfist is the first Heavyweight boxer in history who is also a  PhD. Vitali started boxing when he was 14 and fought as a kick boxer .Vitali started his pro boxing career in 1996 and won first 24 bouts by either knock out or TKO. In June 1999 Klitschko won the WBO heavyweight title from Herbie Hide of the United Kingdom by a 2nd round knockout. He is current WBC heavyweight Champion and is one of our top most men who killed it in both classroom and field.

Vitali won 45 matches (41 knock outs) and never was knocked out or knocked down. He is similar impressive outside the ring also. In 2000 he defended his doctoral thesis on the topic: “Defining abilities boxer in the sport multi-state selection” at the National University of Physical Education and Sport and earned his doctorate. He can speak in Ukrainian, Russian, German and English. He is currently pursuing his political career and considered as a key political figure of Ukraine. He has a great interest in chess. His brother Vladimir also is a great champion and a PhD. 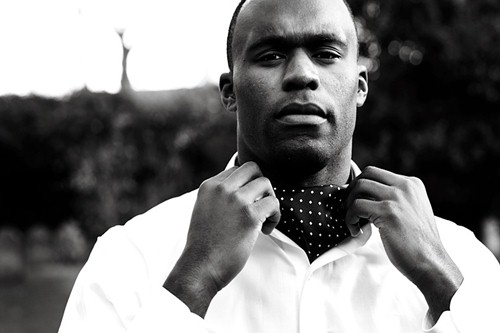 In high school Myron Rolle  maintained a 4.0 GPA, accumulated 21 credits of AP classes, played the saxophone in the school band, and starred in the lead role of his school’s production of Fiddler on the Roof. At Florida State University he kept a 3.75 GPA and earned his BA in exercise science in just 2.5 years. Even his football career was also very impressive. Rolle was the number one football prospect coming out of high school, and an AP 3rd team All-American at FSU. But he is most famous for not only becoming the first FSU football player to receive a Rhodes scholarship, but also for choosing to postpone his entry into the NFL to study at Oxford. While some doubted his ability to come back after the time off, Rolle, who trained by day and studied by night while in England, was drafted in 2010 by the Tennessee Titans. Rolle has already started his own charitable foundation and plans to become a neurosurgeon. Dubbed by Cornel West as “the future of black America,” Rolle is certainly a man to watch. 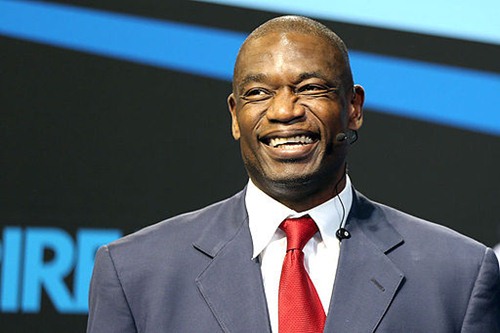 Dikembe Mutombo, commonly referred to as one of the greatest shot blockers and defensive players of all time, is a  retired professional basketball player who played 18 seasons in the National Basketball Association (NBA).When he arrived from his native country to America to study at Georgetown University, he had no idea that he would play NBA someday however, the Georgetown Hoyas basketball coach John Thompson recruited him to play basketball. And there was no looking back for him. During his impressive career, he won NBA Defensive Player of the Year Award four times and he had been selected to all star teams 8 times. Mutombo can speak nine languages including French and English. He was awarded an honorary doctorate from both Haverford College and Georgetown University for his humanitarian works. , Mutombo started the Dikembe Mutombo Foundation to improve living conditions in his native Democratic Republic of Congo in 1997. Therefore there isn’t a speck of doubt why Mutombo is one of the top 10 men who killed it in both classroom and field. 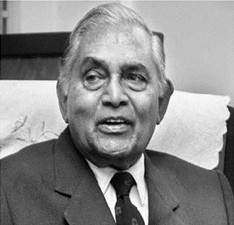 One of the first Olympian of India, Eric Prabhakar is the man who excelled in both sports and studies. The Chennai-born sprinter dominated the national sprinting scene in the 1940s. Even as he was blazing across the track, he played cricket for the college team as the opening bowler. Besides, he also captained his college hockey team. After finishing his Masters in economics with first class from the Madras Christian College, Prabhakar got the prestigious Rhodes Scholarship to study at Oxford, where he met athletics legend Roger Bannister. He was quarter finalist in the 1948 London Olympics where he completed the 100 meters in 10.6 seconds. He lost the medal by a mere 0.3 seconds — the timing of the gold medalist was 10.3 seconds. He did all these while he ensured that academics never took a back seat. He was the third rank holder in economics in his time at Madras University. He did his post-graduation in economics from Oxford and joined UNESCO.

Born of two parents who didn’t complete high school, Byron “Whizzer” White earned a scholarship from the University of Colorado at Boulder for being the top of his graduating class. At Boulder, he earned a Rhodes Scholarship to study at Oxford. In World War II he served in the US Navy, earned two bronze. After the war he attended Yale and graduated. He was named Deputy Attorney General, where he worked directly under Robert F. Kennedy and was nominated to the US Supreme Court in 1962 at the age of 44. He served 31 years before retiring from the bench in 1993.

“Whizzer” was also a talented football player too therefore one of those incredible men who killed it in both classroom and field. He played for The University of Colorado at Boulder and became the school’s first All-American player in 1937. In addition he played basketball, baseball and other sports earning seven letters overall and was All-Conference in every sport he played. He deferred his Rhodes Scholarship to play for the Pittsburgh Pirates (now the Steelers) in 1938, and earned the highest salary in professional football up to that time. He spent the next year at Yale Law, earning the highest grades in his class, but turned down an Editorship in the Yale Law Journal to play two seasons with the Detroit Lions, where he would again lead the league in rushing in 1940. Despite his short and interrupted football career he was voted by the NFL as part of the 1940s All-Decade Team. “Whizzer” ranked third in our list of men who killed it in both classroom and field. 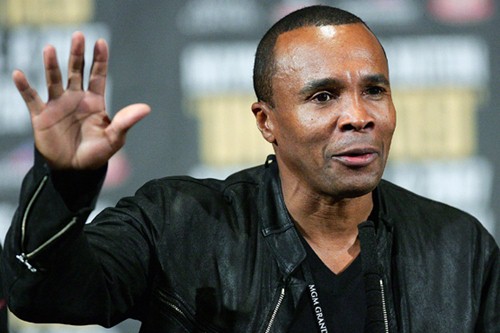 Sugar Ray Leonard, who was named as “Boxer of the Decade” in 1980s, was not only a fine boxer, but also a motivational speaker and author of his autobiography. As a part of US 1976 Boxing Olympic team, he won gold medal. He wanted to study in University of Maryland but due to some unexpected events, he was forced to take up gloves again. In 1977, at the age of 20, Leonard won his first professional fight, setting the stage for a collection of the most memorable fights in history. He went on to defeat some of the finest boxers of the modern era including Wilfred Benitez, Roberto Duran, Thomas Hearns and Marvin Hagler. Leonard won six World Titles in five divisions — welterweight, junior middleweight, middleweight, super middleweight and light heavyweight — a record that stands to this day. He was inducted into the International Boxing Hall of Fame in 1997.

Leonard is also among the most sought-after motivational speakers in the world today. His speech, titled Power (Prepare, Overcome and Win Every Round), is consistently booked with major Fortune 500 companies throughout the United States and abroad. He also involved in many charitable work. 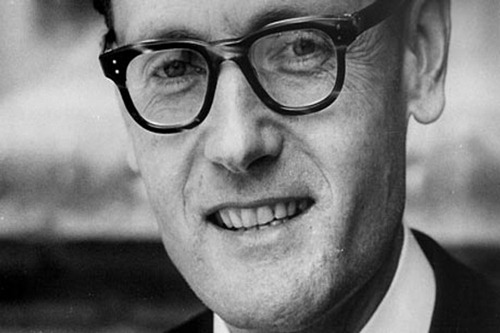 Philip John Noel Baker is the only person in history who won both Olympic medal and Nobel Peace Prize. He studied in Cambridge during 1908-1912 and was an excellent student. He rightfully ranks first among the men who killed it in both classroom and field. Baker ran for Great Britain at the 1912 Olympic Games in Stockholm. He was captain of the British track team for the 1920 Summer Olympics in Antwerp and carried the flag. He won his first race in the 800 meters but then concentrated on the 1500 meters, winning the silver medal behind team-mate Albert Hill. He was captain again for the 1924 Summer Olympics in Paris, but did not compete.

He participated in WWI as a volunteer medical orderly. After the war he worked at League of Nations, and this employment bought him into close cooperation with several Nobel laureates. During WWII he was a minister in Churchill’s Government. He helped to draw up United Nations Charter and for rest of his life he put gigantic effort to prevent Nuclear War. He was awarded the Noble Peace Prize in 1959.

10 Men Who Killed It in both Classroom and Field