There are hundreds who make their acting debuts every year. Hundreds who are never seen again on the screen. But the 10 featured here aren’t among those hundreds. These are those great men who have achieved legend-like statuses on the screen. They have envious acting credentials and a cult-like fan following. Their names alone on the movie posters are enough to bet your money on the movie. They are often Royal Knights apart from being multiple-times Oscar winners. They have deep hypnotic voices and elegant beards. They have wowed us for decades with their sharp acting, commanding voices and dominant screen presence. And the good thing, you ask? Well, they are still working and we thank our gracious Gods for that. Here are the top 10 great actors alive and still acting: 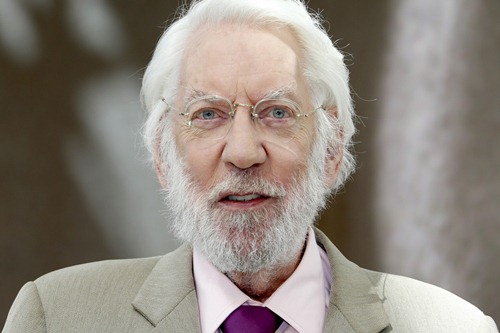 Donald Sutherland is a Canadian Actor who has enjoyed a 5 decade long career; most famously known for his role as President Coriolanus Snow in The Hunger Games movies. He has also starred in acclaimed movies like the Cold Mountain, The Italian Job, Blackdraft and Six Degrees of Separation. With a height of 1.93 meters, he makes his towering presence felt in every scene. During the 2008 Presidential campaign he became a blogger for The Huffington Post and frequently stated his support for future President Barack Obama. He is 2 times Golden Globe winner and also won a Primetime Emmy for his role in the made-for-TV film Citizen X. We will be seeing him again in 2015 in the final installation of The Hunger Games franchise, The Hunger Games: Mockingjay Part 2. 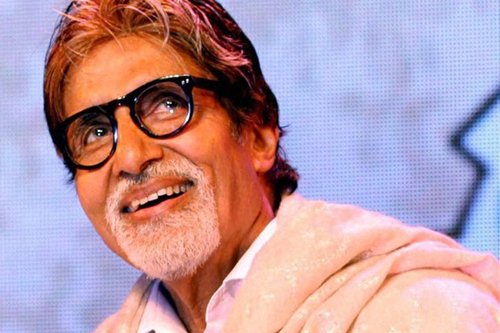 Amitabh Bachchan who ranks ninth in our list of 10 great actors alive, is an Indian actor, director, singer and entrepreneur. He started his career in 1969 he has acted in over 190 films and has starred in Blockbusters and cult movies like Sholay, Zanjeer, Deevar, Don and Agneepath. He made his Hollywood debut in The Great Gatsby, playing the role of Meyer Wolfsheim. He is widely considered the most influential actor in the history of Indian Cinema. He also has a successful career as a television host and producer and with his distinctive baritone voice he cemented his position as an accomplished voice artist and narrator. Bachchan has won 3 National Film Awards for Best Acting and 14 Filmfare Awards. He also enjoyed a moderately successful career in politics in the 1980’s. From his early day roles as an ‘angry young man’ to his portrayal of a child suffering from Progeria, Bachchan has done it all. He is by far the most recognizable face in Indian Cinema and television. 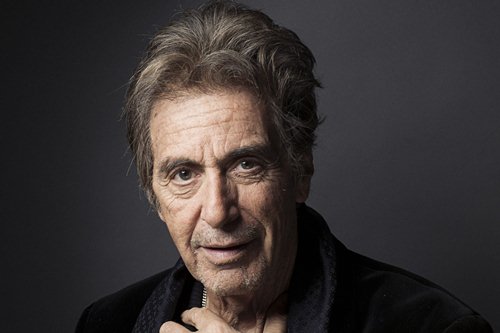 Alfred James Pacino, better known as Al Pacino is an American actor. Best known for his roles of Michael Corleone in The Godfather series and as Tony Montana in the Scarface, Al Pacino also appeared as a good guy in movies like Serpico and Christopher Nolan’s Insomnia. Pacino’s acting resume boasts a hefty 8 Oscar nods, 15 Golden Globe nominations and 5 BAFTA nods. He won the Academy Award for Best Actor at the 65th Academy Awards for his performance as Frank Slade in Scent of a Woman. Pacino gave riveting performances in movies like Donnie Brasco, The Devil’s Advocate, 88 Minutes, Any Given Sunday and Heat. Pacino and Robert De Niro are reportedly set to star in the upcoming project The Irishman, to be directed by Martin Scorsese and co-star Joe Pesci. He will also appear on screen with Jennifer Garner in a comedy drama film ‘Danny Collins’ in 2015. 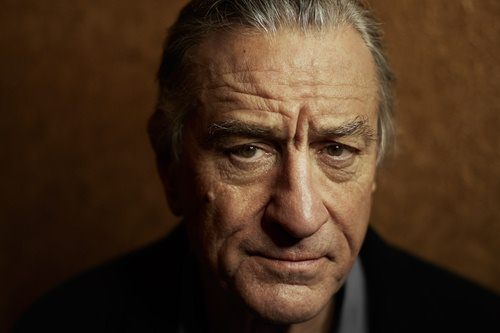 Robert De Niro is a veteran American actor and producer. De Niro came into spotlight with his collaborations with Martin Scorsese. De Niro acted in movies like Mean Street, Raging Bull, Taxi Driver, Cape Fear, Goodfellas and Casino. Early in his career, De Niro frequently portrayed complex criminal characters. He won an Academy Award for Best Supporting Actor for his portrayal of Vito Corleone in The Godfather Part II. De Niro also received the Academy’s attention through nominations in The Deer Hunter, Silver Linings Playbook and Awakenings. An intense method actor, he is known to do extensive research for his roles. He gained 60lbs for his role as a boxer in the Raging Bull, lived in Sicily for The Godfather Part II, worked as a cab driver for few weeks for his role in Taxi Driver and even ground his teeth for his role in Cape Fear. De Niro has been politically active and has openly supported President Obama, Bill Clinton, John Kerry and Al Gore. He is slated to appear in 5 movies in 2015 and we cannot wait to see more of this lovable tough guy. He came sixth in our list of 10 great actors alive and still acting today. 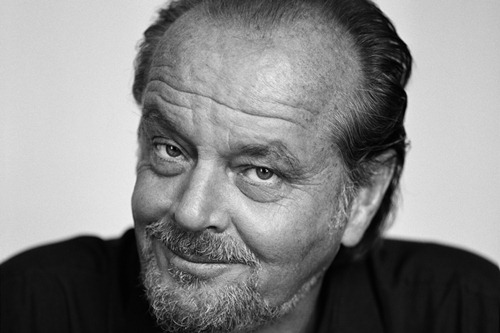 Jack Nicholson is an awesome American actor and director. Throughout his career, Nicholson garnered critical acclaim for portraying difficult, neurotic and emotionally conflicted characters.  Some of his most well known roles include Jack Torrance from Kubrick’s The Shining, Frank Costello in Scorcese’s The Departed and his eccentric portrayal of the Joker, in 1998’s The Batman. Apart from Sir Michael Caine, he is the only person to be nominated for an Academy Award for acting in every decade from 1960’s to 2000’s. Over the past 5 decades, Nicholson’s impeccable acting skills brought him Academy Award nominations a record 12 times. He also holds the record for most Oscar wins for Best Actor – 3 times. He has also won 6 Golden Globes and in 1994, he became one of the youngest actors to be awarded the American Film Institute’s Life Achievement Award. A well known Basketball fan, he is frequently spotted supporting LA Lakers vehemently. Jack Nicholson with his acting credentials and an array of Awards is rightly considered the best actor ever to grace the screens. 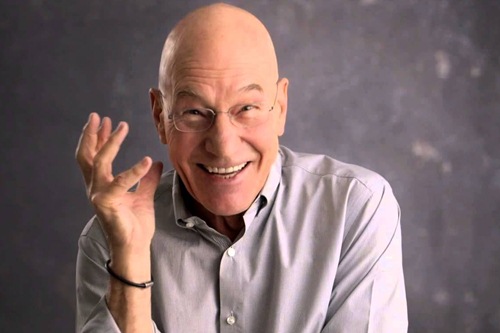 Patrick Stewart, instantly recognizable as Professor Charles Xavier in the X-Men films and as the face-palming Captain Jean-Luc Picard in the Star Trek movies, is an English stage and screen actor. Knighted in 2001, for his services to drama, Sir Patrick has appeared in 5 X-Men movies alongside fellow Englishman and long-time friend Sir Ian Mckellen.  Known for his strong baritone voice, Sir Patrick frequently lends his voice in animated movies, television series and video games. He also actively involved in supporting causes like domestic violence awareness and rehab of soldiers to help them combat post-traumatic stress. Sir Patrick, one of the many great actors alive and still acting can been quiet often seen in stage dramas both in England and USA and we sure hope to see more of him on the screen. 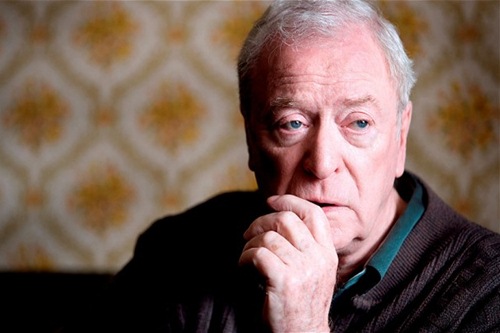 Sir Michael Caine is an English Actor and occasional author. Caine is famously known for his distinctive English Cockney accent. Michael Caine holds the distinction of being nominated for an Academy Award for acting in every decade from 1960’s and 2000’s. The 81 year old Caine has appeared in over 110 films since making his debut in 1956. He appeared in iconic movies like The Italian Job (1969), The Man Who Would Be King (1975) and Educating Rita (1983). More recently he played the iconic butler Alfred Pennyworth in Nolan’s Batman Trilogy and as the visionary professor in Nolan’s sci-fi epic Interstellar. He has won the Academy Award twice after being nominated 6 times. Caine has been politically active and openly comments on both American and British political scenarios. Caine is scheduled to appear to in the highly anticipated ‘Now you can see me’ sequel to be released in 2016. 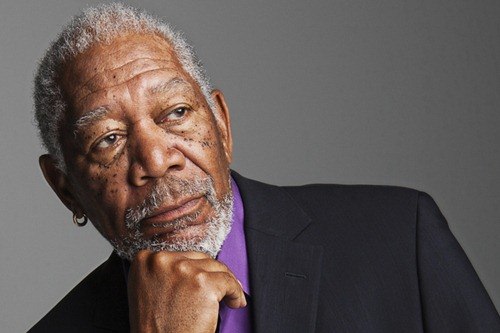 Morgan Freeman is an American actor and an acclaimed narrator. He has starred in hits like Unforgiven, Driving Miss Daisy, The Shawshank Redemption, Invictus, Seven and more recently in The Dark Knight trilogy and The Lego Movie. Starting his movie back in 1971, he has now become a sought after character actor with the smooth soothing deep voice we all have come to adore. Freeman is also politically active and openly endorsed Obama in 2008 but refused to do so in 2012. Freeman has been nominated for 5 times for Academy Awards and the Golden Globes and eventually winning both the awards once. The 77 year old actor is slated to appear in the highly anticipated Ted-2, London Has Fallen and The Last Knights in 2015. 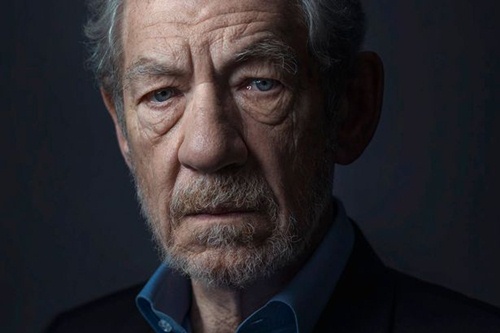 Sir Ian McKellen, is an English actor who was knighted in 1991 for his services to performing arts. He started his career as a theatre artist in 1959, and till now he has appeared in movies like Richard III, King Lear, Gods and Monsters. He also appeared as Magneto in 5 X-Men movies and as the famous bearded wizard- Gandalf the Grey in the ‘Lord of the Rings’ and ‘The Hobbit’ trilogies. As an openly gay actor, he is an active LGBT activist and is the co-founder of Stonewall, which is a LGB rights lobby groups based in London. This Shakespearean actor is the recipient of 6 Laurence-Olivier awards, a Golden Globe, a SAG award and a Tony for his performances on the stage and on the screen. He also has 2 Academy Award nominations and 4 BAFTA nominations. His command over the English language and his commanding screen presence make him an enigmatic character actor.  Currently at the age of 75, he is scheduled to be filming well into 2016. So we expect to see a lot more of this astute Englishman. Sir Ian came second in our list of 10 great actors alive and still acting.

Clint Eastwood is an American actor, and more recently an acclaimed Academy Award winning director and producer. Eastwood grew to prominence as a masculinity icon with his tough guy portrayals in movies like Dollars trilogy and 5 Dirty Harry films. He started his career in the 1960’s with the Dollars Trilogy which concluded with the ‘The Good, the Bad and the Ugly’ which is now considered as one of the finest films in history. Eastwood starred as anti-hero dirty cop, Harry Callahan in the 1970’s and 1980’s in 5 ‘Dirty Harry’ movies. In 1992, Eastwood directed ‘Unforgiven’ which won 4 Academy Award including Best Director for Eastwood and Best Picture. He also directed acclaimed movies like Mystic River, Gran Torino, J. Edgar, Million Dollar Baby, Invictus and the recently released Chris Kyle biopic American Sniper. Aged 74, he was the oldest to date recipient of the Academy Award for Best Director. Currently aged 84, this cowboy shows no signs of stopping and we sure hope he doesn’t.